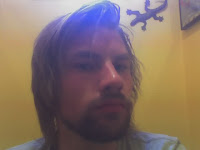 OK i'm trying something a lil' different again, although it may seem like really strange timing - i'm going to put foward my top 10 of 2006. "A top ten of last year's releases?" i hear you ask, well since we're more than half way through this year and i'm already compiling a current list of the year's best, i thought i may as well give you all a glimpse of my tastes for last year's.

oh and before we begin, i've put them in ranked order to hopefully kick up some controversey. Right let's jump in.

10. RED HOT CHILI PEPPERS - STADIUM ARCADIUM
Arriving early in the year, was the 28 double disc monstrosity that was the Chili's latest. Obviously with such a glut of tracks it was difficult to get through it all in a single setting, and any semblance of a lyrical thread or cohesive statement was drowned in a focus on the iPod generation's love of the individual track.
Still, with such a large variety of styles - there was definitely something for every Chili fan, and an attempt to consolidate all that was great about the Chili Peppers of old with the new aesthetic they'd crafted since 1999's CALIFORNICATION.
Whether it be the old skool funk of 'Hump de Bump' or '21st Century', right up to the baladeering of 'Strip My Mind' or 'Hard To Concentrate'. All The Peppers seemed to be addressed too, Kiedes dealt with some of his drug-addiction demons, (Charlie, Wet Sand), John Frusciante proved once again that he is one of the world's greatest rock guitarists (Readymade, Turn It Again) and the rhythm section of Chad Smith and Flea maintain an incredible level of quality.
So while Stadium Arcadium didn't really offer anything new to fans, or even swayed skeptics - it ensured that the Chilis will remain popular for a long time coming
KEY TRACKS: Snow (Hey Oh), Hump De Bump, Especially In Michigan, 21st Century, Turn It Again

9. AUGIE MARCH - MOO, YOU BLOODY CHOIR
Melbourne-based Augie March's third album attempted to recapture a more accessible style after the heady (but difficult) tones of STRANGE BIRD (2002) - and if the results of the Triple J's Hottest 100 are worth any salt, it paid off. Lead single 'One Crowded Hour' dominated that chart and the majority of popular radio's playlists.
With an attempt to emulate classic singer-songwriters, the likes of Dylan and Van Morrison, 'One Crowded Hour' mined gold in its po-faced recount of frustrated romance critiquing "Nonsense bars with their nowhere music," while simultaneously offering a wonderfully catchy musical performance.
The rest of the album offered similar joys, a rich lyrical vein with equally sumptious arrangements. The album's variety is a strong suit also, 'Thin Captain Crackers' emulated the Beatles' more frivolous work, 'Clockwork' offering an Austalian Radiohead and 'The Honey Month' featuring a woozy brass band.
In offering accessible yet lush music without compromising on their loftier aspirations, MOO, YOU BLOODY CHOIR ensured Augie March had their cake and ate it too.
KEY TRACKS: One Crowded Hour, The Cold Acre, Bottle Baby, Clockwork

8. DAMIEN RICE - 9
Damien Rice's first album since 2003's O, now the ubiquitous album for contemporary singer-songwriters - the likes of which James Blunt, David Gray & even KT Tunstall have mined a mint from. But it was Damien Rice who represented the paramount in simple, honest songwriting in an intimate confessional style, while offering some beautiful musical diversions.
The anticipation in both popular and critical circles for his second effort was immense, not least from Rice himself, who on a number of occassions threatened to drop out of the music industry altogether. It should be to our absolute jubilation that he didn't.
The ten tracks of 2006's 9 (a very 'Rice' thing to do) are again a beautiful set of songs that ring as modern classics. Opening with '9 Crimes' is in fact Rice's musical partner in crime, Lisa Hannigan, whose beautiful tones run through a lyrical cycle before Rice enters creating a haunting round on love and infidelity. Strong themes on the album, nearly all the tracks having to do with the same down-trodden heartbreak of Rice's debut. Instead of becoming tiring though, his brutal honesty and powerful voice ensure they are nothing less than engaging.
While the album lags towards the end, it will - even if he never manages to release another album - cement Rice alongside such luminaries as Nick Drake and Jeff Buckley.
KEY TRACKS: Elephant, Rootless Tree, Me, My Yoke & I, Grey Room

7. THE KILLERS - SAM'S TOWN
I can still remember that when this was first released, it created quite a bit of hubbub, and although its widely recognised that the second album from Las Vegas' The Killers was a risk, it eventually paid off.
Steering away from the 80's influenced synth rock of their debut, SAM'S TOWN was a deliberate attempt to blend the stadium anthems of U2 with a strict American heritage of the likes of Bruce Springsteen. Lead single 'When You Were Young' hinting at the stylistic shift not only in its grand riff but in the lyrics, "We're burning down the highway skyline/on the back of a Hurricane." This grandiose lyricism can be found also in 'Bling' "So i ran with the devil/left a trail of excuses" and 'Read My Mind' "I never really gave up on/breakin' out of this two star town." Basically, it runs rife with small-town melodrama and dreams of something bigger, grander - matched in the stadium filling songs.
While the album is definitely a 'grower', it'll take a few listens to really let its hooks sink in, once they do - you'll be more than glad, these are songs designed to be sung along to at the top of your lungs. The band's tour here earlier this year being proof of such intentions.
Even if it has deterred a number of casual fans, props must be given to The Killers for changing direction and not simply churning out another HOT FUSS. Where they go from here will be most interesting indeed.
KEY TRACKS: When You Were Young, For Reasons Unknown, Read My Mind, Why Do I Keep Counting?

Where are 6-1? Well in an attempt to create a bit of a cliff-hanger, and also so as not to drown you all in words as i so often do, i think i will leave them till next time.

Till then here's some tracks i've been digging of late
Kanye West - Stronger: from his forthcoming "Graduation" album, it samples Daft Punk to great affect
Regina Spektor - Fidelity: I plan on doing a write up on this most excellent female starlet's second album
Rick Springfield - Jessie's Girl: since having worked it out on guitar, i can't stop playing it
Editors - Escape The Nest: a highlight from their recently released second album, An End Has A Start
check out my full review at the ever trusty Scene Magazine

Till next time, all you need is Love (and a good sound system)
Al
Posted by Al at 9:56 PM