Nowadays musicians are mostly annoyed, annoying, or cheating on their partners (except Beyoncé and Paul Dempsey); less art - more ‘being kewl’ and ‘making bank’.

But perhaps it’s not their fault. Maybe they’re a product of their environment. Human iPod, cultural satirist, and music journo Al Newstead is a product of his, and he’s ready to blow the whistle/drop the bass on the industry's absurdities once more.

Returning for a third outing after two critically acclaimed shows, Al now shares his all-singing, all-stand-upping brand of comedy edutainment with a mysterious co-conspirator. The Oates to his Hall or the Yoko to his Lennon?

Anna O'Bryan makes Al's Music Rant 100% more female, which is an oppressive way of saying she's going to bring as much wisdom and wizardry where it is (sorely) lacking.

One thing's certain: intelligent wit and knowledgeable silliness in a multimedia experience that’ll have you rethink your stance on popular music. 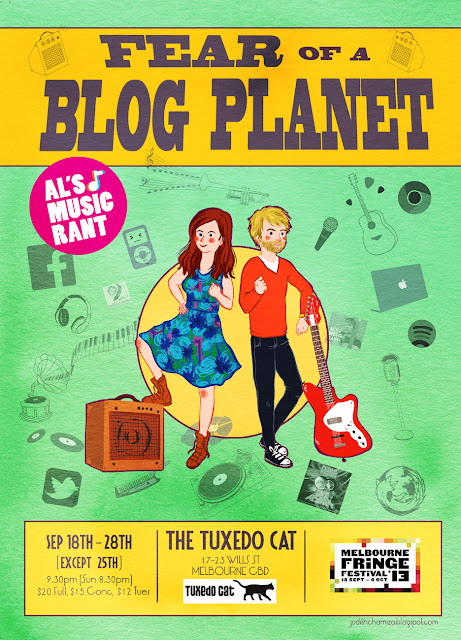 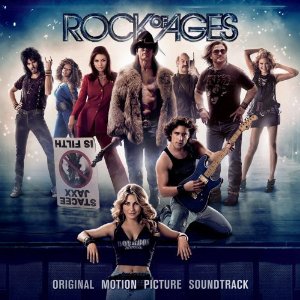 This interview was originally conducted for, and published by Tone Deaf. Reproduced in its entirety here because I can...

Upon release of his self-titled debut three years ago, Jonathan Boulet quickly found himself labelled as Sydney’s ‘skate rat’. Albeit an internationally recognised one, thanks to the street cred of hip label, Modular, but a ‘skate-rat’ nonetheless.

With his second release however, Boulet is ready to outgrow those previously constricting tags, starting with his new album’s tongue-garbling title. We Keep The Beat, Found The Sound, See The Need, Start The Heart is one of the lengthier titles in recent memory, it’s sing-song name bound to appear alongside Fiona Apple’s When The Pawn Hits The Conflicts He Thinks Like A King… (we’ll spare you the full title) in future music lists.
Read more »
Posted by Al at 8:09 PM No comments: 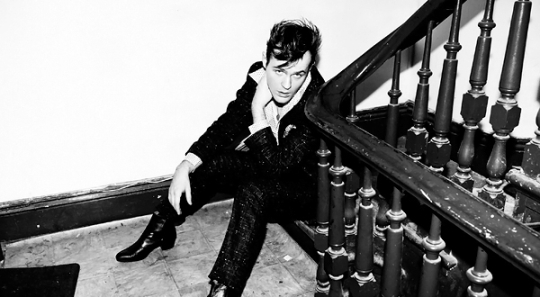 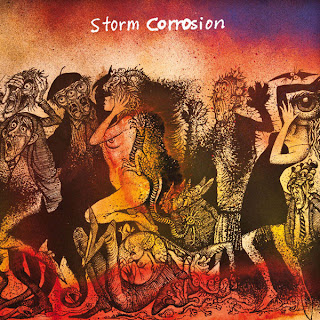 To say that Storm Corrosion was highly anticipated by the musical community for which it was intended, is a bit like saying the internet only mildly revolutionised modern technology.

Steven Wilson and Mikael Åkerfeldt are two men whose names have not only become synonyms for the most revered kind of distinctive, creative art in their field (progressive rock and metal music for those playing at home); but also two names that had been paired together in fevered anticipation ever since Wilson produced Opeth’s Blackwater Park in 2001.

Even with full disclosure from the pair that their much sough-after collaboration would deliberately fly in the face of the prog-metal supergroup tag they'd been saddled with; the results of their creative partnership are still a surprising listen. 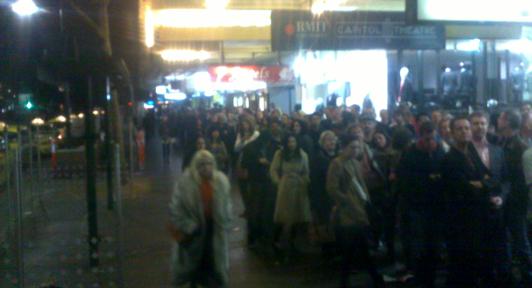 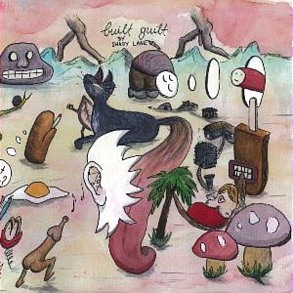