"We didn't have to push anything really..." Interview: The Rubens

This interview was originally conducted for, and published by, Tone Deaf. It's reproduced here in its entirety.

‘It’s a long way to the top if you wanna rock ‘n’ roll’ sang the legendary Bon Scott. Nobody, it seems, told The Rubens.

That or they’re harbouring the most well-kept shortcut to fever-pitch exposure in Australian music history. Their story is a PR man’s dream, the fabled rise of three brothers and their childhood friend raised in the isolated town of Menangle, NSW. They knock out a raw slice of bedroom soul which captures the attention and adulation of national youth radio, cue calls from internationally renowned producers, a label bidding frenzy and pending fame.
Read more »
Posted by Al at 8:27 PM No comments: 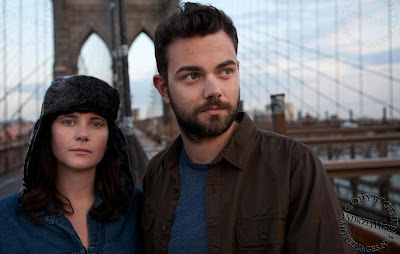 Another album review for Beat street press, originally available both in-print and also online. Reproduced here for the AMR'ers. 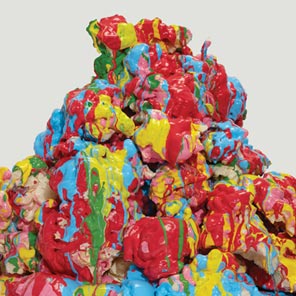 Battles – Dross Glop (Inertia, 2012)
The unique rumble of Brooklyn art-funk-fusion outfit Battles has always been begging to be remixed. Now, thanks to the sweeping success of their sophomore album, the un-spoonerised Gloss Drop, their music undergoes a full makeover.

An album review for Beat magazine, originally published in-print and online. Reproduced here in its entirety 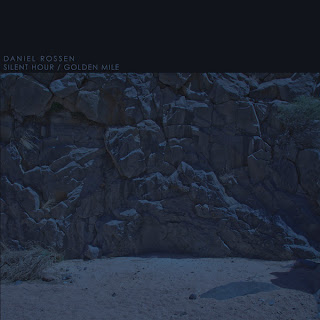 Daniel Rossen – Silent Hour/Golden Mile (Warp, 2012)
While the collective musical world awaits the follow-up to Grizzly Bear’s Veckatimest with baited breath, their members have instead spent the downtime working on various other projects. The latest of which is this tidy little EP from guitarist/vocalist Daniel Rossen. 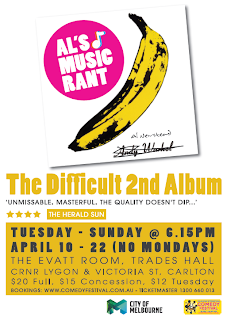 "We think of it as music trivia" Interview: Yacht Club DJs

This interview was originally conducted for, and published by Beat street press as well as online here. The following is the unedited 'direcor's cut' of the article.

Has it really been a full twelve months since we’ve heard or seen from Yacht Club DJs, Australia’s leading purveyors of mash-ups par excellence? Having spent nearly three solid years touring Australia, in both regional headline tours as well as a regular fixture of major festivals like Big Day Out, Splendour In The Grass, Parklife and Falls, the partners in crime – Gareth ‘Gaz’ Harrison and Guy Chapell-Lawrence – decided to take some time off from the party-crazed, vodka-swilling, sweaty madness they call their live show. “We were a little burnt out and were a bit sick of the sight of each other,” laughs Gaz, suitably suffering from a hangover. Speaking down the line he recalls, “we were just tired I think, we were acting up a bit because we were cranky kids, being naughty doing all the things we shouldn't do.”