"You know how to whistle, don't you, Steve? You just put your lips together and... blow."

And with that infamous quote, delivered by a scintillating young Lauren Bacall in 1944's To Have and Have Not - we dive straight into another themed playlist.
Just Put Your Lips Together:
AMR's Whistling Songs 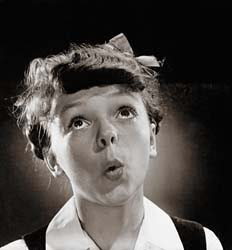 Otis Redding - (Sittin' On) The Dock Of The Bay
Probably the most infamous whistle in modern music, if Redding's wistful loneliness wasn't already poignantly felt by the time the song fades out, this hammers the point home albeit with all the subtlety and nuance a whistle offers. In a word: classic.

The Scorpions - Wind of Change
A song from my youth. Despite its origins: German metal also-rans deliver power ballad about Gorky Park - I'm not ashamed to say that this is a great song. That haunting whistle riff that opens it all sets the mood and is later echoed in the wankery of the guitar solo. Again it's used for its nostalgic, wistful properties and to excellent effect.

Goldfrapp - Lovely Head
Things take a turn for the strange, but what else would you expect from electro chanteuse Alison Goldfrapp. Taken from her debut album Felt Mountain, it's like an imaginary love ballad from a monster movie: "Why can't this be killing you?/Frankenstein would want your lovely mind/Your lovely head/Your lovely head." In combination with a synth that sounds like its malfunctioning, its an equally creepy and beautiful whistle.

Peter, Bjorn & John - Young Folks
A hit that makes much of its whistle, even the animated video focused heavily on the riff, the boy/girl verse exchanges are really nice too. But let's be honest, this became a hit because everybody was whistling along while dancing up an indie rock storm.

Air - Alpha Beta Gaga
An upbeat instrumental from French electronic duo, the whole song hinges around the infinite loop of the whistling line. It's playful tone gives the tune a kick in to the bouncy and buoyant end of the pop spectrum, and it'll stick in your head something chronic.

Bernard Herrmann- Twisted Nerve
Made famous in recent years by its appearance in Kill Bill Vol. 1, but is originally from the soundtrack to a 60's horror film of the same name. Composed by movie soundtrack maestro Bernard Hermann, it transforms from an innocuous and childlike melody into a monstrous sting in under two minutes flat.

XTC - Generals & Majors
With its disco drumbeat and ascending guitar line, the rich harmony of the song is perfectly suited for a whistling accompaniment, lo and behold come the second chorus, there it is. Again it's another one that will stick in your head, but XTC were always, excuse the pun, generally major at catchy pop.

Built To Spill - Broken Chairs
The epic closing track from arguably Built To Spill's best album, Keep It Like A Secret. It takes a while for the whistling to emerge during the course of the 8 and a half minute guitar squall, but when it arrives on a wave of guitar noodling and bass fuzz, you'll know it. A simple yet powerful melody, which is precisely what whistling should be.

Guns N Roses - Patience
A rare acoustic ballad from the merchants of rock perversion. While November Rain may get all the rock ballad plaudits (which it justifiably deserves), this lesser-known song deserves attention for its whistling, who would have though that Axl Rose could sound so melancholy?

John Lennon - Jealous Guy
Lennon's solo career was punctuated by honest, affecting songs that displayed a more intimate side to his psychedelic Beatles persona. None more so than this pleading paean to overlook his jealous impulses, complete with whistling solo, it just feels right.

De La Soul - Eye Know
In a round-a-bout way, we return to our opening, with the precise sampling of Otis Redding's whistle, along with Steely Dan's Peg, in this hip-hop staple from the trio's influential 1989 album Three Feet High and Rising. It's mellow delivery is complemented by the looped whistle, proving that simple things never go out of style.