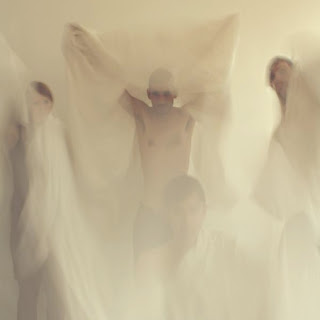 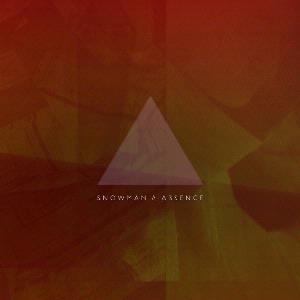 Though its dark corners may read to some as brooding, or even disturbing, its ultimate effect is cathartic and thematically potent considering its semi-narrative of two lovers’ relationship falling apart. Turning its lyrical themes of displacement and detachment into beguiling sonic structures whose closest musical relatives would be the likes of Dead Can Dance or recent darkwave sensations Warpaint or Esben And TheWitch – but even that’s a bit of a stretch.
It’s perhaps fitting then that it is also the soundtrack of a group reading themselves their last rites, ringing like a spectral transmission from their proverbial grave;  It’s a fitting epitaph. Despite the slim news over the three years they were in London making the record, it was still quite a shock when it was announced Snowman were to be no more. In a bout of serendipitous twittering – I secured a little Q&A session with (defacto) band member Joe McKee about Δbsence, it’s making, and the band's eventual unmaking.

AMR: A quick recap: you release The Horse, The Rat And The Swan. Decamp to London to record album number three. Later, a shock announcement that the band are splitting. Short of filling in ALL the gaps, what happened in London during the recording that we should know about?

Joe McKee: A lot has happened to all of us over the past three years. We moved to a new city, started new lives without our comforts and familiarities. These things change you in immeasurable ways. They influence the way you behave, they influence your perspective and ultimately influence the music. There are many highs and lows that one encounters when moving to a new country.

AMR: There's a lovely bit in the liner notes that prefixes a list of the band members as 'Snowman was, is and will forever be' which suggests a wonderful kinship and camaraderie for the music. So which came first, the decision to split or the completion of the album? Did one affect the other in particular?

J: They were happening simultaneously. They go hand in hand. We were growing increasingly aware that the band was on her last legs. This cloud was approaching, and we prepared ourselves for the storm. We all wanted to make a more healing album than the prior. We wanted it to be more cathartic and more seductive. A parting gift of sorts.

AMR: Getting away from the gristly details and towards the music. A lot of the rockier/punker/more aggressive aspects of the band's sound have given way to techniques more akin to ambient washes or electronic music - did this affect how you wrote or put the songs together?

J: Yes. Like I said, we wanted to make a warmer album. the clouds of reverb are a reflection of this. The slow hypnosis of the album acts as a kind of lure for the listener. We wanted to capture the dislocation and disconnection we were feeling. It was an attempt to communicate with fading memories. That Is where the washed out sound was born.

AMR: Can you tell us a bit about producer Aaron Cupples' contribution?

He has a fantastic mind. He is a physician in some ways. The way he creates physical space for intangible sounds is endlessly fascinating to me. He allowed these songs to come to life and managed to translate our rather insular language into some he could work with.


AMR: Snowman have always proven how genres can be a pretty limited way of approaching and describing music, and Δbsence in particular sticks true to this idea. Can you describe some of the music you were listening to or things that had an effect on the album?

J: I collected a series of photographs while I was travelling the world. They all had a common thread. They all had something missing, or removed from focus. I wanted to create a soundtrack to these images, because they resembled that un-nameable emotion I was feeling, being away from my old life. I wanted to capture those fading ghosts.

AMR: The theme of absence is strong on the record, from a lyrical standpoint, were there some other particular themes you wanted to convey with this record?

J: In order to convey the feeling of loss and dislocation, I decided to wrap everything up in a theme. The theme of two lovers torn from each other. One passes away, while the other tries to re-connect with their ghost. A séance of sorts. I couldn't put my finger on the emotion I was trying to capture, so I let the music do the talking.

AMR: As such, there's a distinctly ghostly vibe to the album, the sound of exorcism if you will. A particular sense of creeping dread balanced with shimmering beauty. Was it difficult to achieve this balance?

J: Yes. It took time to achieve this kind of sound. It was a gradual process, and after two and a half years I felt as though I had captured it somehow. That un-nameable emotion that I mentioned earlier feels like a cross between happiness and sadness, loneliness and letting go. An in between emotion....I think we achieved that kind of subtle confusion in the melodies and chords.

AMR: The instrumentation, once again, is fascinating. You can hear some interesting things in there, - correct me if I'm wrong - but gamelan, xylophones, percussion, and more electronic sounds. Were there any restrictions to what would contribute to the mix?

J: All of those instruments and more appear on the record. We wanted to create a full aural landscape, and to achieve this, it didn't matter what instruments we chose. All that mattered was the piece of music itself. However, we do place very strict boundaries in place when we create. It is important to create obstacles in order to make a cohesive piece of art...otherwise things become chaotic and cluttered.

AMR: Is there a particular significance to the use of the triangle in the album title (aside from the aesthetic)?

J: The triangle represents the closing of the trilogy of albums that we made as a band. With this, our third album, we have closed the triangle and therefore reached  a point of completion.

AMR: I’m just going to go ahead and bleat it out ‘Is this really the end for Snowman?’

AMR: Can you discuss any future plans for the individual members of Snowman?

J: I can’t speak for the others as such, but I am working on several projects at the moment. I am writing a solo album. I am writing a couple of film scores. I am working on an album of duets also. You haven't heard the last from me.
Keeping busy then… It’s sad news then thats all there'll be from Snowman. But as that ever-present triangle in the album title and artwork – as well as McKee’s words – reminds us, they leave behind a near-perfect catalogue, of which Δbsence could well be the crowning achievement. 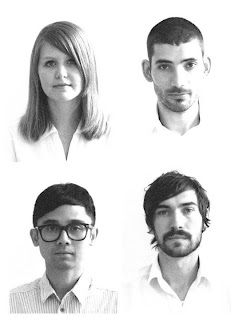