Ok, we've got a lil' bit o' this and a lil' bit o' that today. But first things first IMMA EAT YOUR BRAINS, THEN I START ROCKIN' GOLD TEETH AND FANGS, Argggh, curse you Nicki Minaj! 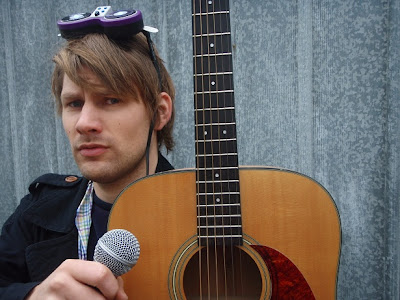 Sorry about that, so, first things first, Al's Music Rant - the hour-long comedy show based on this very blog which debuted as part of the Melbourne Fringe Festival, will be playing as part of the Melbourne International Comedy Festival 2011. Which means that come March 30th, you'll be able to see the show that critics called "a brilliant masterclass in music appreciation" (thanking you kindly, Mr. Flaherty, or should that be Mr. Flattery!); it also means you'll start seeing little Leunig logos all over my mug. But let's cut to the chase.

Click here to go to the official festival event page:
Al's Music Rant | Melbourne International Comedy Festival 2011
A shortcut to skip the promo and get some tickets:
Try Booking Event | Al's Music Rant
But in short I'll be on from March 30th - April 10th at Eurotrash Bar, Level 1, 18 Corrs Lane.
and as per the Fringe show, I'll be updating and promo this mofo as it develops to the big opening night. Not only that but there's some fellows and friends in the comedy fest that i'll be reccomending in the coming weeks.
Speaking of which, I should make a little announcement *sound of champagne flute being nearly shattered* - I'm also directing a show in the comedy fest called Archibald Wheeler Whets The Whistle. It's a one-man narrative comedy by my good friend, the very funny Patrick Miller. 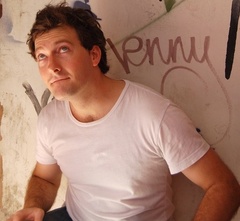 That's Pat there, looking up longingly at all those pretty words. You may recognise Pat from the peerless comedy ensemble Vigilantelope. His show is certain to be a ripper, so do check that out, and more details on all things Comedy Fest related as they eventuate.
Don't worry lovers and loathers of contemporary popular music, there's still plenty here to whet your whistle. So let's get straight to some music happenings of the last couple days.
I Heard The News Today, Oh Boy 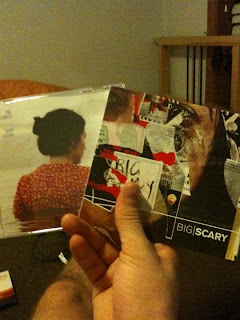 That's right, The Jezabels' Dark Storm (winner of the coveted Best EP award as part of the 2010 The Good, The Bad & The James Blunt); and Big Scary's excellent At The Mercy Of The Elements (which you can read up a bit on here). All you have to do is the following:
So there you have it, some comedy, some news, a competition and a lot of Radiohead. Now if you'll excuse me, I'm off to brush up on their discography for the umpteenth time.
Posted by Al at 9:26 PM