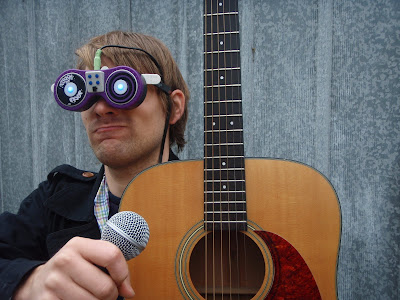 OK, it's less than fourteen days/two weeks/336 hours until this humble blog shambles to life onstage as part of the Melbourne Fringe Festival. So it's about damn time I let on about what to expect, since there's no logic or rhyme or reason to these things, I'll just start splurging - throwing a bunch of words and phrases at you and see if they'll stick. Hopefully you can consider this the 'piquing of interest' variety of preview as opposed to 'spoilers ahead.'
There are six shows:
Wed 29 Sep (Preview tix)
Thurs 30 Sep
Fri 1 Oct
Sat 2 Oct
Wed 6 Oct (2 for 1 tix)
Fri 8 Oct
@ The Glasshouse, 51 Gipps St, Collingwood
So go ahead and point your browser here for details and book your tix online.
And while you're there, Ihighly recommend getting along to the following shows:
Dr. Professor Neal Portenza's Interactive Goat Hour (and his amazing website)
OC/DC
The Hermitude of Angus, Ecstatic
Postcards From The Abyss
Booked a ticket? Good, we now return to our regular programming.
I've been sitting on this one for a while now, but since the buzz is (finally) starting to build for the wonderful soul-popster Kimbra, I thought I'd add my discerning voice to the rabble. Following is an interview I conducted waaaaaaay back in March. A lengthy chat that resulted in some music biography and press release material you'll see dotted about the interwebz, but since Kimbra's debut is on the cusp of public release, it still seems timely and relevant. But first, a primer: 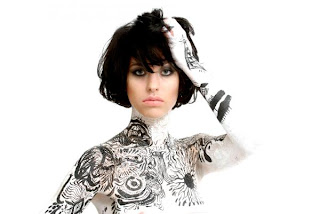