We'll get into that hyperbolic title, but firstly the headlines...
I Heard The News Today, Oh Boy
So, to the title of our post. Well, aside from a small love affair with Akron/Family, Bright Eyes and Trail Of Dead (and of course, the R word), we haven't covered much of 2011's big album releases round here lately. Well here's a little list of the exciting releases due in the coming months. In no particular order: 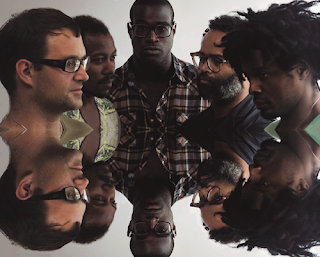 TV On The Radio - Nine Types of Light
Due: May 11
As previously reported, the New York art-rockers are readying to follow-up their excellent 2008 record Dear, Science.
That - we already knew, but now we have a small sonic tapas in the form of Will Do. After debuting on Seattle radio station The End, it swiftly circulated over the net - doing the rounds and front page spots of the major parts of the blogosphere. They all pretty consistently state "really good, want more" and what do I have to add to the chorus of yeasayers? Probably just some exclamation marks. Wrap your ears around it here. 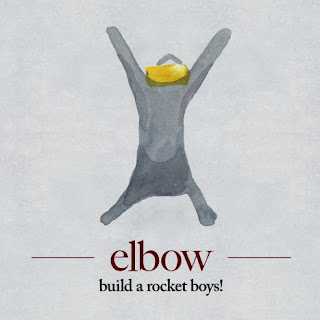 Elbow - Build A Rocket Boys
Due: March 7
Information on the Manchester lads' fifth studio album has been available for some time now, with the live performance of slow-burning, semi-title track Lippy Kids available on YouTube since last December. Now there's an official lead single in the form of Neat Little Rows, a laidback if chugging rocker in that inimtable elbow sound - well if you discount their previous form. It's a decisive release for the group, with the attention of arguably their widest fanbase yet, thanks to the Mercury Music Prize-winning The Seldom Seen Kid (another top release from 2008). I don't think the cover art is much cop, but this is a band who seem incapable of making a bad record. No pressure then. 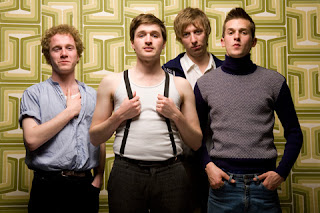 Wild Beasts - Smother
Due: May 10
I was rather smitten with the very English group's very English sophomore album Two Dancers. Taken by Hayden Thorpe's rubbery, eccentrc falsetto as much as their sparse rhtymic atmosphere played against bookish lyrics that bemoaned UK's cultural mire. It was like Elizabethan dandies had gotten hold of the Bloc Party catalogue (and a time machine) to deliver a set of poignant if portent tunes. Smother looks to be equally refined, well that's judging from this lush - but brief - little teaser, which suggests that the band are following a similar mood to Two Dancers. Song titles like Lion's Share, Loop The Loop and Plaything are enough to whet the imagination. 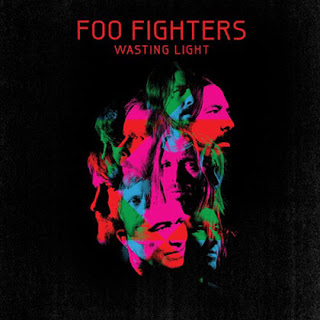 Foo Fighters - Wasting Light
Due: April 8
Some would say that the Foos had lost some of the guster to their muster in the last couple of years (not least thanks to the god awful Tom Petty-aping Wheels. *Blergh*), but say what you will about their FM Radio leanings - Grohl is still a good-humoured metal nerd at heart. And as if to prove it, we got the lo-fi, B-movie, Lemmy-starring, silly-awesome video of White Limo, with a distinctively heavier backing than we've heard in a while. Combine that with the return of Nevermind producer Butch Vig (ex-drummer for Garbage don'tchaknow) and sometimes Nirvana guitarist Pat Smear and you begin to see the kind of return-to-form focus they're going for. Then, today, along comes brand new single Rope, to demonstrate that no matter how hard he tries, Grohl just can't keep a catchy hook down.
There's plenty more where that came from, but maybe we'll save that for another post...
Posted by Al at 4:58 AM