'You think you've heard this one before' Interview: The Darcys

One of the better - if not most daring - album releases during this tender end of the year would have to be The Darcys' take on Aja. A dramatic re-interpretation of Steely Dan's hallmark record, it reimagines the original's peerless jazz-rock fusion with the Canadian outfit's own glacial wash of agitated guitars and loping drums, an icy ambience of droning keys and moody tension.
AMR's own review already praised the album, but I've since been itching to know some details behind the record's conception and intentions. What better way than from the mouths of the band themselves? (None, if you can't think rhetorically).

Though currently touring in support of both their cover album, as well as their excellent self-titled release (both available from the band's website), the band were kind enough to take time out from their trek across Canada and North America to discuss their take on the 1977 classic. 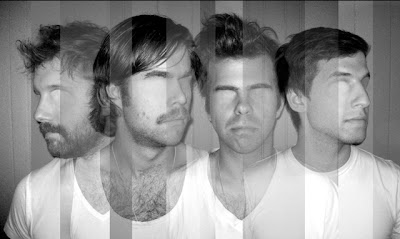 What was the original impetus for covering Aja, Wes [Marskell, drummer] has talked about growing up with the record? But what of the band as a whole – were/are you fans?

Everyone went into the project liking Aja to varying degrees except Mike [le Riche, keys/guitar]. Though he came to love the record, we started recording the album and he wanted nothing more than to destroy it. We all had a great deal of respect for the album, but we wanted to do something unique with it. What was great about Aja is that musically it is so far away from what we do that it became supple. We could never have done something like this with a record that was closer to our genre.
What were some of the biggest challenges in reinterpreting the material? What was the eureka moment, or song, that broke the ice that brought it all together?
Funnily enough, the title track was the final song we worked on. We saved it until last because we had absolutely no idea how to interpret it. In the end, the idea spiralled from looping a ?uestlove sample and recording our manager screaming.  When we finally had a working draft of Aja I felt we might actually be able to pull this record off. Covering a whole record is difficult because you have to generate so many ideas to fully realize it without repeating yourself.
Was their pressure – either externally or internally – in wanting to cover such a critically acclaimed piece of music history?
There was a lot of self-imposed pressure put on the project. We didn't want to ruin the album. We also didn't want to embarrass ourselves or see our fathers disown us for having destroyed their favourite record.
Because our own self-titled record was in limbo, it was a project we needed to complete if only to encourage our spirits. The chords, the solos, the harmonies were all extremely difficult but motivating ourselves to finish a record during a very dark time for the band was by far the hardest part.
Steely Dan fans can be a pretty picky lot, but remarkably you’ve preserved a lot of the original melodies and chord changes without being beholden to them. Instead you’ve drastically reinterpreted the mood and arrangements, can you talk about the importance of that?
I always found that the lyrics and the mood of many Steely Dan songs don't line up. Obviously, I think this is something they did on purpose and did very well. At the same time, I think the juxtaposition of lyric and mood is what makes them so difficult for some people to get into.
For us, we wanted to create a mood that better fit the darker lyrical tendencies. This isn't to say we thought we could do a better job, but we wanted to explore their alternative meanings and ideas.
It’s clear you didn’t treat the original as sacred, but how often did you actually refer to the source material? Was it only in the initial stages or throughout?
The original idea for Aja was to interpret the record from memory. To tap into something that defined parts of our childhood, and rebuilding it was something that really interested us. However, once we started the project we realized how difficult and complex this record really is. We bought a book of Steely Dan sheet music for reference and would turn to it for solos and lyrics. We originally hoped to record original Darcys songs and force the Dan melodies over the top of them. In the end, I think we did that as much as we could. 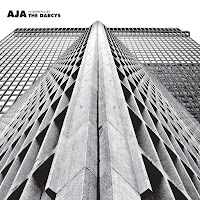 What’s the response – positive or negative - been like to the record so far? Any idea if its gotten to the ears of Fagen & Becker?
The response has been all over the spectrum. From hate mail to loving fan letters and everything in between. It's interesting when people who don't know the original hear it and see Aja as a Darcys record - I wish everyone could hear it that way. We knew going into this that it was going to be polarising and I really like the conversation it has started. Some people are really mad.
We haven't heard anything from Fagen or Becker but I have to think that they know our record exists. I am not sure how I will feel from their response, if they praise it or criticize it. I don't expect them to come out and talk about it, but I do hope we hear something from them one day.
Aja has been touted as the second in a trilogy of albums you’re releasing online – a little reminiscent of fellow Canadian, The Weeknd. Was his – or others – method of distribution an inspiration to how you’d release these albums?
Our release and The Weeknd's  mirror each other only by accident. We had both the self-titled and Aja records recorded and ready when we signed with [Canadian label] Arts & Crafts and it made sense to release the albums quickly and for free. Aja helped us get into the headspace to start recording original material again; but we consider both of these records as a bridge to our third LP, which we're very excited about.
Again, this being the middle part of the trilogy, what can people expect from the final instalment? The Lodger to Aja’s ‘Heroes’? (In Bowie parlance).
We have been actively demoing LP3 when we have spare minutes on tour and now have something north of twenty songs recorded. The album touches on Darcys sounds and ideas of the past, but is more mature than our previous two records. We are really going after a neo-soul vibe and how that intermingles with our current sound. The kick drum and bass guitar are heavy and in the forefront and we are focusing on vocal melodies, both lead and backup.  At times it feels electronic and we are chasing hi-fi sounds, but over the grungy guitar noise we layered our self-titled record with.
Finally, do you have any plans on making it down to Australia in the near future? How can we help make it happen?
We would love to tour there! That said, I think we would need to sell a few records in Australia before we head down.
Hear that fellow Rant-ers? Get out there and by some Darcys records! Might I recommend you begin with Aja on transluscent red vinyl? It's the way Fagen & Becker would have wanted it.