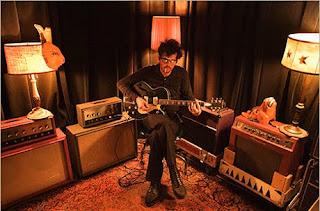 MARK LINKOUS R.I.P. (1962 - 2010)
It’s taken a couple of days to actually sink in (and complete this piece) but I was pretty upset when I read the news that Mark Linkous, best known as the musician behind Tennessee-based Sparklehorse, had committed suicide.

If you’ve never heard of Sparklehorse, that’s perhaps not a surprise, he was always a bit of an underground (if much valued) taste in his native country, let alone in Australia. But in light of his passing, perhaps his work will reach more people than ever before. A consequence as tragic as his violent suicide (the New York Times reports that Linkous shot himself in the chest with a rifle outside a friend’s apartment) an end that may paint him as a tragic case – and while Linkous’ music always had a dark, melancholic streak, his horrible death still comes as a shock.
I thought I’d take the opportunity to do a small retrospective-cum-remembrance on an artist who helped shape my own songwriting efforts and whose music was a big part of my own development.
I remember first hearing about Sparklehorse through Radiohead, who proclaimed his sophomore effort Good Morning Spider as one of the greatest albums they’d ever heard. It wasn’t until 2002’s It’s A Wonderful Life however, that I took the time to investigate. I remember wishing I’d discovered him earlier.

I was instantly taken with the album, I could best describe it as like taking a tour through a dilapidated mansion where the ghosts sing in the walls and all the old family portraits are covered in soot and rust. And as you brush the dust away, you feel a surge of warmth and beauty. It wasn’t long after that I purchased both of the first two Sparklehorse albums on a trip to Sydney for my auntie’s wedding. The impossibly titled debut Vivadixiesubmarinetransmissionplot heralded Linkous’ Sparkehorse banner with a fully formed set of Southern-inflected folk rock and damaged, emotive storytelling, while the follow-up Good Morning Spider was as good as Radiohead had promised. Maintaining the flavor of Viva while taking the material to a darker place, as if waking bruised from a heavy night of drinking and waiting for the sedation to wear off only for the hangover to seep through. 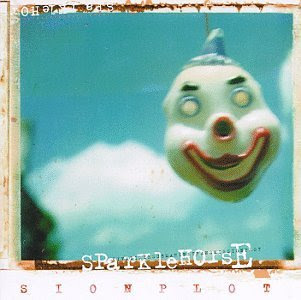 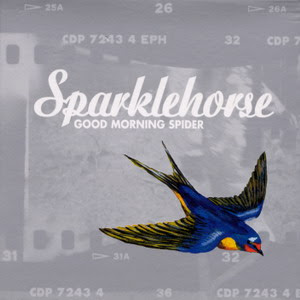 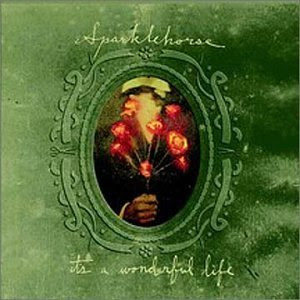 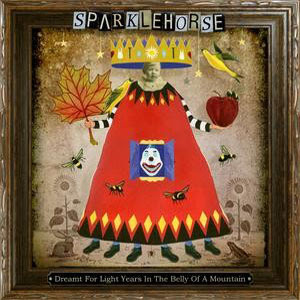 I was struck by how confidently the music could swing between battered and broken melancholy, static-drenched fuzz-rock as well as experimental, homespun folk. All shot through with Linkous’ unique visual poetry, complete with an artistic obsession with small-town inertia, picturesque nostalgia and, of course, horses. His music reflected a Sad & Beautiful World (a lilting number from his debut that) and Linkous did both with equal aplomb, his music filled with the brutal honesty and world-weariness of a person who had seen, and more poignantly felt, too much and was able to convey it all through the most basic of musical settings. Though his compositions at time could be oversimplified, they always rung with a depth and sincerity beyond their meager construction.

The four-year wait for a follow-up to 2002’s It’s A Wonderful Life came in the form of 2006’s Dreamt For Light Years In The Belly Of A Mountain. Notably it was co-produced with regular cohort David Fridmann (Flaming Lips, Mercury Rev, MGMT) as well as one Brian “Danger Mouse” Burton. The appearance of the latter spurring a further collaboration with the production maverick, who along with director David Lynch, created Dark Night Of The Soul, a compilation featuring such artists as James Mercer (The Shins), Gruff Rhys (Super Furry Animals), Julian Casablancas (The Strokes) and Iggy Pop – to name a few. However the compilation was delayed due to a drawn-out legal battle and eventually leaked on the net.
A star-studded roster no doubt, but Linkous was always a wily collaborator, most notably on It’s A Wonderful Life which featured Tom Waits, PJ Harvey, Vic Chestnutt and Nina Persson of the Cardigans, who Linkous would go on to work with again under the A Camp moniker. During his career he also crossed paths with Thom Yorke on a cover of Pink Floyd’s Wish You Were Here. 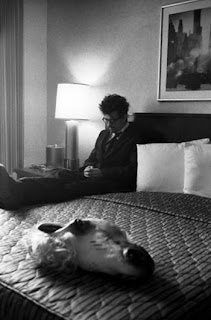 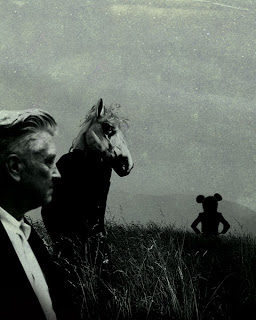 Even despite praise from music journalists and musical peers alike, he was vastly underrated. A case of an artist whose influence was far greater than his commercial success. It’s hard to gauge whether this suited Linkous himself, notoriously evasive of the media circus often associated with the industry, he gave the air of a recluse – content to produce his wiry opuses, yet his lyrics constantly opined for good days long-gone or hopes for better changes to come. The scuzzy rock of Happy Man for instance with its incessant refrain of “all I want is to be a happy man”, at once desperate and defiant.
After his passing, Linkous’ manager confirmed that work was “nearly finished” on a new Sparklehorse album before Linkous’ death as well as an official release (finally) from EMI of Dark Night Of The Soul. So it seems Linkous musical legacy is not quite finished, let’s hope that his posthumous work is treated with the same virtue and respect that Linkous himself treated it with. The fact remains that though he will be missed, he left behind a powerfully concise body of work.
On a personal note, I thought the best way to send Mark Linkous off would be with a selection of his own wonderful lyrics, and while I struggled to choose from such a vast selection, I think the chorus from Gold Day is a fitting tribute:

“Keep all your crows away/keep skinny wolves at bay/in silver piles of smiles/may all your days be gold my child.”

Email ThisBlogThis!Share to TwitterShare to FacebookShare to Pinterest
Labels: tribute