Those Scottish rock upstarts Biffy Clyro unleash their latest record Only Revolutions in a matter of weeks, and coinciding with its release in the coming weeks is a cover story I did for Beat magazine in which I interviewed front-man Simon Neil. Similar to my Steven Wilson chinwag, i'm taking the opportunity to present the full un-edited interview right here on The Rant.

Though I must admit the thought of having to decipher Neil's thick accent over a shoddy telephone line made me nervous, it turned out to be a moot point. And what a lovely fella, at what point he overhead the fevered rattling of my fingers tapping on the keys and remarked in his charming Scottish brogue "you've got fast fingers there sir"

"Oh thank you, i'm sorry it's so loud you can hear it"

"Not at all, it's quite impressive"

If it's all about making people comfortable, Neil had just done it for the both of us.

During the course of the interview we touched upon the breakthrough success of their 2006 album Puzzle, which saw the press lazily tagging them as “the Scottish Foo Fighters.” Their hiatus since said album, a bit of meat and bones about Only Revolutions and its brighter sound, and even those impending Australian shows, and away we go: 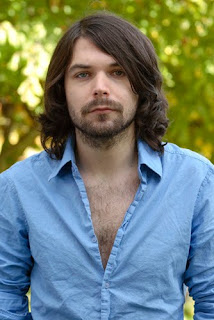 It’s been three years since your last record – your longest break yet, was this a conscious decision?

No it was just the way things panned out; we ended up touring Puzzle a lot longer than we originally thought. We got a chance to go to places we’d never been before, we got to tour twice and we’d never got that opportunity before. We just kept getting offered to play shows and we thought, we might as well as do them and we had a great time doing them. It gave us a chance also to write the right songs for the record, not to scrape one together but to have a real set of songs to make a new record.

Since your last record you’ve released a singles collection, was this a chance to reflect before continuing on with a new record?

To be honest it was something we weren’t very happy about, it was our record company Beggar’s Banquet’s decision. We thought the first three albums spoke for themselves and we’d have much preferred if they’d bundled the first three together or we would have much preferred a B-sides record, it would be cooler for the fans, and cooler for us. But that’s just one of the tough breaks you get as a band. I mean Beggars Banquet were nice enough to let us make records in the first place so if they want to make a wee bit of money, that’s only fair.

Would you like more hands-on involvement in a compilation in the future?

Well, hopefully it’s something we could make a decision about ourselves, it would be great to do a B-sides record or a DVD of our first three albums. A record of three songs from each album doesn’t seem like much to offer people, but yeah, hopefully we could put our stamp on it to make it worthwhile.

There seems to be a turn away from the darker, denser material of Puzzle for Only Revolutions, would you agree?

What brought this change about?

It was not a conscious decision, but it’s definitely more of a hopeful record, obviously Puzzle was written about my mother passing away and having to deal with that, but I think that in the same way that life takes you on a journey, that this record just took us in a different direction. I felt a lot more happy about being alive, and wanting to look forward to things in the future. I think that comes across in the music and the lyrics of the album.

You worked with the same producer [Garth Richardson] again, was there a new approach to the record as opposed to Puzzle?

I think we felt a lot more relaxed [with him] on this record, we got quite a lot from working on the last one, we learnt a lot. I mean he worked very slowly and we worked very fast for him, so it took a few weeks to click into place, but once it did we were very happy with his work. This time we just trusted him and vice versa. Once we had all the songs in place we knew Garth could do them justice, to make the band sound good. I think that a band should know the songs and arrangements and then it’s the producer’s job to make it sound a certain way. I think some bands rely too much on the producer in leading the record and the writing, but Garth’s great because he just made us sound good, and turned the sonics of the song into what we wanted. 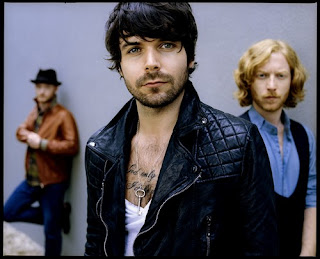 The album is named after Mark Z. Danielewski’s novel, what was the reasoning for that?

I was reading the book just before we entered recording and it’s a love story from the boy’s perspective and then the girl’s perspective – and it’s only once you’ve read both parts that it makes complete sense. And that applies to a lot of the lyrics and what I was writing about, which was the relationship with my wife, and the title and idea reflected that just in the right way. It just came to mind when it came time to name it.

Storm Thorgerson’s artwork reflects this idea and theme, the idea of perspective and two halves of a story, but is also mysterious and evocative, would you agree?

Storm is very hands on, he wanted to hear all the demos and lyrics before we started the record, and he’d offer a whole range of art and different drawings – talk us through every thing. We made the final choice for the cover, but his work is always very much with the music in mind – and his art is integral to the album. I think it’s a bit of a lost art, when it comes to album presentation and it definitely should be an important of the record making process, it’s the first thing that people see, it’s the first impression that people get so it’s so, so important.

Can you talk about Josh Homme’s contribution to the record?

We toured with Queens Of The Stone Age two years ago around , and we had a lot of fun and Josh really dug our band, we said “we’d love you to play on our next record” and he just said yeah. So he took time out of his schedule to come play, he put his kids to bed and just came around at midnight and played for an hour on the song Bubbles and did an amazing job. We wanted to make it clear that we didn’t want him to play on the record because he’s Josh Homme, but because he’s an amazing guitarist and we knew he’d add something to the song in mind. Give it a new perspective

Early on in the recording process, the British press touted this record was to be a return to “classic Biffy.” Did the final result turn out like that, or a different beast entirely?

I think it evolved into something else entirely, I remember that interview and I think it was just too early in the sessions to deal with those things. To really describe the record that was still taking shape, but I think the energy we’ve always had on the Biffy Records is still there. We are always trying to do different things, and fans of the older Biffy records might find things reminiscent or think they’ll know it but there are things that are hopefully new to Biffy fans, we always like to pull the rug under people and make it a bit of a surprise.

There’s a broader musical palette for this album, such as the horns on The Captain or the greater presence of strings on this record, was it a case of giving each song a particular character?

Absolutley, I think it’s really important that an album should take people to different places, and the album gives us the opportunity to do things in a different rock band way. I mean to say, we are a rock band but we want to be doing different things with that. Also we’re not afraid anymore to make a song in a certain way – I don’t think we’d have tried opening a record with horns on something like The Captain before. But it’s just showing that you don’t have to have distorted guitars to make rock music, what we’re trying to achieve with these records, is that we’re not just a rock band – it’s creating something that you can’t put your finger on what kind of music it is. We like to take a chance and I think rock bands often live in fear of “oh, I hope we’re heavy enough or we sound rocky enough” on record.

I do think the album is a different beast playing live, I think the record should be more about doing interesting things and taking people to different places, but when we play live – we just turn it up and play, you know?

How will this affect live shows?

We’re doing a couple of special shows with strings and brass, but in our opinion when we put those things on the song it’s to exaggerate what the band is already doing. When we play the songs with just the three of us, the impact is still there and the spirit of the song is still there. Some rock bands, put strings in songs just to make it pretty but with us, any extra things like that is to exaggerate what’s already there and the spirit and essence is there when the three of us play it

Any plans to tour ?

Certainly, we're coming over to play two or three shows and maybe do a festival too. We've waited so long to try and come to Australia again, we want to be able to keep coming back. 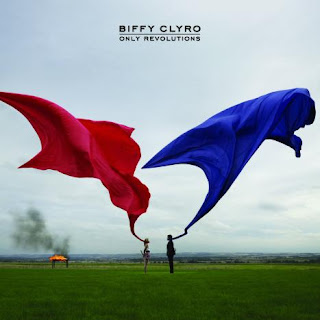