Boy, i've been trying to break this run of just plain ol' album reviews - but it's hard when more and more great releases come out. 2009 just really has been a great year for music, and it's still hard to believe that some of the biggest releases are yet to come (Flaming Lips, Muse, Porcupine Tree), it's safe to say that the summer season of festivals is going to be amazing (the line-up for Falls already whets the appetite some). Anyway, i digress, but here's a couple more great albums to add to 2009's already stellar output. A couple of sideprojects to the great bands Vampire Weekend, Ra Ra Riot and Interpol. 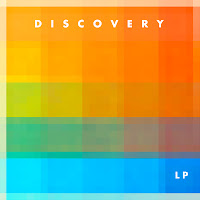 Side projects have a nasty habit of being obscure, disappointing affairs – especially in recent years where the term has become synonymous with the word ‘super group.’ You don’t have to cast your mind too far back before a frown forms across your dial (Angels & Airwaves and Velvet Revolver anyone?). Luckily, here is a dalliance you’ll want to investigate.

Discovery is the recording name for the duo of Rostam Batmanglij and Wes Miles, better known as members of Vampire Weekend and Ra Ra Riot respectively. As if the glowing reputation of their respective day jobs wasn’t enough, they’ve ventured off on a colourful expedition that will surely whet the appetite for indie lovers the world over.

From the sawing synths and two step beat of Orange Shirt it’s clear that LP is an unabashed record of party tunes, summer vibes and danceable electronics. Osaka Loop Line continues the high-school crush lyricism with a wonderfully harsh electric riff that skips and jumps along with a bubbling keyboard line and even takes in a chugging tempo change. Can You Discover? continues the synth-pop with the unsurprising appearance of auto-tune. Angel Deradoorian (of Dirty Projectors fame) lends her sweet burr to the gender-bending abandon of I Wanna Be Your Boyfriend. Later, fellow Vampire Weekend singer Ezra Koenig colours Carby with an excellently treated vocal that laments walking home alone after another fruitless night at the disco against an impossibly peppy soundtrack.It perfectly summarises the album’s appeal, dance floor music as imagined by awkward college kids.

If there’s a critique to be levelled at the album, it’s that it has a plasticised, artificial sheen. Even if it is intentional, it can mean that its slick charms won’t rub with those who like their music raw and direct.

For the rest, it’s a joyful affair, if a short-lived one, at ten songs with exactly half the tracks clocking in at less than three minutes. But this means each cut wastes no time in getting to its own idiosyncratic delights; whether it’s So Insane’s disco inflected pop or Swing Tree and its sparkling keys, there’s barely even time to mention the excellently twee cover of I Want You Back - Yes, the Jackson 5 I Want You Back - that will leave you with a stupid grin on your face.

As far as side projects or super groups go, this is easily one of the most worthwhile since The Postal Service. It’s a record that’s honest about its intentions and easy to enjoy in its results. If Discovery is about having fun then LP is the greatest playground they could construct. 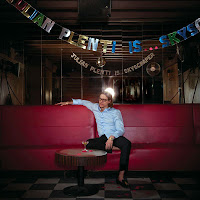 Never heard of Julian Plenti? Right you are, well have you heard of Paul Banks, aka frontman of pop-gloom merchants Interpol? Well, you will have already of joined the dots by the time you hear that distinct foghorn vocal on opener Only If You Run.

It might seem an odd choice for Banks to take a holiday from his dayjob, until you realise that Julian Plenti is actually a resurrection of Banks’ former, pre-Interpol, days as a solo artist. It’s probably in response to criticisms levelled at his band being a Joy Division-aping act, with little depth or variety. This is nonsense of course, Interpol’s third album Our Love To Admire introduced a whole palate of symphonic textures and Ennio Morricone-inspired soundtrack moods. Still, the band suffers criticisms of monotony and formula levelled against them.

The Julian Plenti alias offers Banks the chance to stick a hefty two fingers up to the doubters who write him off as a one-trick pony. Is… Skyscraper is filled with a variety of moods that will surprise the casual fan and delight the dedicated. Sure there are some Interpol offcuts in the likes of Only If You Run, Games For Days and Unwind, and Banks’ jagged lyricism and ruminations on love and lust remains; but for every familiar shape there is equally differing geometry to counterbalance it.

The title track focuses on a creeping acoustic pattern and sighing strings that build into a gothic construction not unlike its title’s namesake, albeit a looming, dilapidated version of one. Madrid Song loops a sparse piano line over the mantra of “come have at us/we are strong” with some odd vocal samples bubbling beneath. No Chance Survival is an aching beauty, its score of upright bass, xylophone plinks and Banks’ damaged lyrics makes for a rewarding listen.

The backbone of these tracks have their origins as acoustic numbers, as part of Plenti’s catalogue pre-Interpol when he was a troubadour slumming the venues of . It’s a credit to his development and familiarity with the tools of the recording studio that the likes of Fun That We Have, Girl On The Sporting News and Fly As You Might have been transformed into something unrecognisable as ever being written and performed on an acoustic guitar.

Julian Plenti confirms Banks’ unique talents, a record that along with his work with Interpol should have critics shaking off the last remaining lazy and shallow musical comparisons; and instead begin to recognise his range and abilities as a master craftsman of idiosyncratic songs.