Boys will be boys (aka girls will be women)

My recent post on talented and beautiful ladies turned out to be quite prescient, 2009 is quickly becoming the year of the emergent female singer-songwriter. The Mercury Music Prize, one of the most coveted music awards in the UK, recently announced their nominations for this year. Included were the likes of Florence & The Machine, La Roux, former Damien Rice cohort Lisa Hannigan, and my beloved Bat For Lashes (who by the way has a beautiful new video for her latest single Sleep Alone).

On top of these brilliant artists, lets not forget that Australia has had a lot to offer this year too with the likes of Bertie Blackman and Sarah Blasko releasing excellent new records as well.

So keep your eyes and ears peeled, because come the end of the year there's bound to be some of these names, or more, decorating the critics' end-of-year lists - this writer included. Just to add fuel to the fire, here's a couple of reviews of some more excellent female fodder released recently: 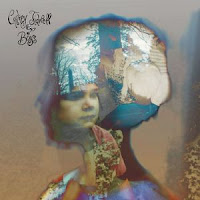 You’ll be hard pressed to find a greater juxtaposition between two opening tracks on any album this year than those found on songstress Cortney Tidwell’s latest. No sooner has the hazy late-night paean Solid State finished drifting off, than along comes Watusii with a spate of brash electronics, throbbing bass and propulsive percussion. The aural effect is like leaving a smoky jazz bar at night, only to step out into the mardi gras happening in the street.

Throughout Boys Tidwell draws from a diverse palate of musical styles and moods, that never once seems contrived. This won’t be surprising for anyone who discovered her debut Don’t Let The Stars Keep Us Tangled Up. A record that answered the hypothetical: what if Bjork was an alt-country star, or alternatively what if Neko Case had a bash at electronics?

Boys follows a similar template of risk equals reward, a series of songs that at their heart are experiments in genre but with some delightfully entertaining results.

builds from atmospheric piano and reverberating guitar drones into a drifting stride of strings and bubbling vocals. The fabulously titled Being Crosby features Jim James (of My Morning Jacket fame) comparing his dreamy croon to Tidwell’s. Elsewhere is Son and Moon, a tune more than worthy of Bjork, and even a couple of guitar-driven rockers in the form of the upbeat So We Sing and the cacophonic 17 Horses.

While Tidwell’s versatile voice ties the affair together, partial credit must go to her husband Todd’s engineering and production work, turning what could have been a frustrating mish mash of flavours into a congenial, consistent recipe with Tidwell’s timbre as the main ingredient.

If 2009 is the year of the female singer songwriter (Bat For Lashes, La Roux, Florence & The Machine) then Tidwell should certainly find her name with the best of them.

Check it out:
her MySpace and the video for Watusii 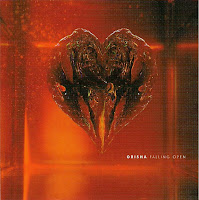 Orisha, the self-described ‘electro-glitch-chanteuse act’, is the working moniker for singer/songwriter Emah Fox and programmer Shane Kavanagh. For an artist who has received ecstatic praise from the likes of Rolling Stone and Ministry Of Sound, it’s a wonder that Orisha have to rely on a government grant and not a record label to bank their debut. Don’t let the Arts Victoria leg-up put you off, here is an artist with a completely realised creative view already formed. From the mysterious crimson artwork, to the equally enigmatic music encased within, here is an artist already in command of their creative persona.

Falling Open migrates between warm electronica and dub grooves and inevitably there will be comparisons to mid-90’s era Bjork and trip hop underground kings Lamb. But Orisha isn’t derivative of these bands so much as they are cut of the same cloth.

Left Alone opens the album, content to lavish in an envelope of languid beats, while second track – the brief Smile – introduces a spare instrumental, which take up nearly half the album.

Occasionally these moments recall Brian Eno’s ambience, such as Creature which features some lovely programming and gamelan in co-existence.

Orisha has an engaging voice too however, in the form of Fox’s understated vocals, Waiting For A Change beats like rain against the glass as Fox ruminates “the air is thick with what we won’t say/everything’s confused.” Elsewhere her calming voice guides the listener through Cottonwool, which unravels solemnly over its eight minute running time without ever overstaying its welcome.

Falling Open is a record of such restrained quality and creative consistency that it won’t be surprise that, come Orisha’s next release, they’ve found themselves at home with a larger label.

Check it out:
on MySpace and on Vitamin Records' website