The King Is Dead, Long Live The King

As you have probably all heard by now, Michael Jackson, musician, entertainer, artist, was announced deceased this morning, suffering a heart attack he died in an ambulance en route to the hospital. Needless to say, it's pretty shocking news.

Now I didn't want it to be a cliche to turn my personal blog into a fawning tribute for a day, but I think that in all the brou-ha-ha that has surrounded Jackson in the last decade or so, and pre-empting the wave of media nonsense that will surround his imminent demise - that it's only fair I put in my five cents worth before things get blown out of proportion.

So, for probably the only time ever on AMR (knock on wood), a tribute.

Michael Jackson. 1958-2009. R.I.P.
Transformation. If there's one word that can summarise Jackson's career, it's transformation. From a young pop novelty to world-famous icon, from cheeky afro-crowned boy to the elusive ghost of his loner years, and quite literally from black to white. Michael Jackson was forever cultivating, honing and changing his image to suit whatever pioneering venture he had his talents and creative mind set on next. Nowhere is this theme of transformation more evident than in his series of iconic videos.
Starting with Billie Jean, where his magical touch illuminates all he encounters - like some sort of dapper King Midas. The videos for Bad, Beat It and The Way You Make Me Feel all saw him transgressing from a member of street level gangs, to protestor and mediator - often within the same song. Thriller, quite possibly the greatest music video of all time, contained his most drastic (and iconic) transformations, firstly as a werewolf, then later as a zombie leader of an equally undead dance troupe.
Black or White featured the famous morphing sequence, people of all colours and races morphing into one another as an obvious visual metaphor for racial equality. The extended version saw Jackson himself turning into a svelte panther, what followed was a series of fantastical transmogrifications enabled by video techonology. Remember The Time cast him as a shape-shifting entertainer in a magical Egypt, the wonderfully strange promo film Moonwalker had him changing from gangster with a heart of gold to a robotic deity.
Magical video-enabled shape-shifting aside, Jackson transformed his career too: from world-topping icon he attempted to enable his position as a spokesperson for the downtrodden and neglected. Though musically it meant for some credible missteps or awkward sentimentality, one couldn't fault Jackson for misplacing his intentions. Heal The World, Earth Song, even the fuming They Don't Care About Us all marked a shift from Jackson the entertainer to Jackson the politically minded pop star. 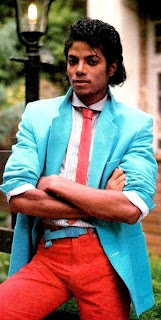 As we all know too well, Jackson's popularity and musical legacy has dangled for a good decade and a half, and I would argue it was because he'd run out of ideas in regards to his image, and the reflective perception the greater public had of said image. In other words, he'd run out of transformations. Back in the mid-90's, when every breathe he took was monitored with the full power of the media and a ravid fanbase, he could do no wrong. He cleverly manipulated and transformed his image in an ebb and flow with the media world that sustained him. Once he finally lost touch with the world, however - ensconcing himself in a series of financial, emotional - and now obviously, health woes; he could no longer use the music to reclaim his once unstoppable fame. Instead, he coasted on a series of re-releases, compilations and stunted comebacks to reinvigorate his popularity. There's something ironically tragic that his death came a mere month before he'd booked dates in the UK for a comeback.
Still, for all the slandering and controversy, it hasn't tarnished his incredible legacy. It's almost impossible to gauge the full extent of his influence on the musical world, let alone the utterly unique path he cut in history: his live shows, his performance, his dancing, his activism, his inimitable personality, least of all his incredible music. He truly was the King of Pop, and there will never ever be another like him. 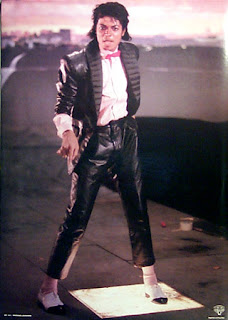 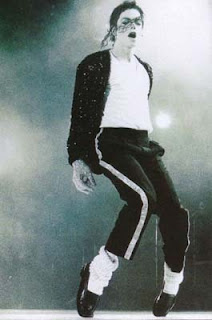