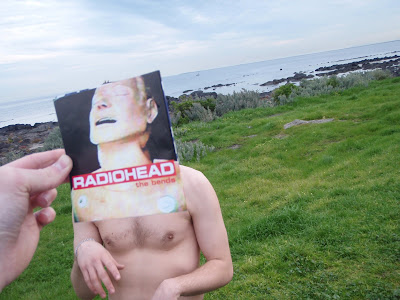 I have to admit that ever since i've taken to becoming a (semi-)official writer of music, I've pretty much treated each year as an excuse to build up towards deciding my annual end-of-year list. Like a sort of audiophile's long-distance marathon, it's a year-long stretch. Such an approach feeds the kind of excitement and passion it takes for one to start their own blog and declare their taste - and furthermore the writing about their taste - worthy of other's interest. The thrill of discovering that new sound or band to fall in love with, earmarking each track in the back of your head as a potential best or worst single of the year. Artwork is scrutinised for its ability to fuel analysis and refleciton, while above all else, the sharing of what's new and what's great as a way of validating your own likes and dislikes about today's fickle music industry.
Except that lately around these parts, that hasn't been the case. If you're a regular reader of The Rant, you may have noticed that 2010, thus far, has had little of this fanfare. Of course always keeping one proverbial finger on the musical pulse is exciting, but it can ocassionally obscure the details. If you're constantly checking in on what Pitchfork or Stereogum are touting as the next best thing, you can sometimes lose sight of why you got into this whole music 'appreciation' thing for in the first place.
I know I have. That's why this year I've been doing a lot more listening (and re-listening) to older stuff. The albums that I loved intensely, cracked jewel case and all, that got me excited about music and defined my tases to begin with. Those times when I was younger and would have to make a crucial choice as to what CD I would be spending my hard-earned on. This was of course in the days before torrents and leaks, before 'the blogosphere' and Napster was still in its infancy. Discovering the contents of what lay beyond that image of the baby swimming on the cover was exciting because, apart from cursory listens from friends and the radio, there wasn't a real way to explore a record before you bought or heard it. The only real way to engage was in putting it on, poring over the booklet, listening again and again, taking it all in. A good album would share its secrets with you, as you tired to use it to create your identity - and vice versa. Even if it was one of a million identical copies, or, to quote Full Metal Jacket, "there are many like it, but this one is mine."
I'm not trying to lament some by-gone golden age, and without wading into the sticky semantics of the digital revolution vis a vis music accessibility, I will say that this sort of nostalgic reverlry is the excitement I try to recreate when discovering new music. It's just that attempting to recreat that potent moment where you lose yourself in a record, occurs less these days, for whatever reason.
That's not to say there hasn't been the deflowering of some virgin bands for me this year (Janelle Monae's The ArchAndroid, Warpaint's The Fool and Everything Everything's Man Alive spring to mind; and of course Big Scary and Kimbra), it's just that this hunger for the next big thing can be draining. I've found that whenever I get jaded trawling through press releases for bands I don't really care about, or skipping straight to the 4 or 5 star reviews desperate for something that'll grab me - that all I need to do is revisit the classics. The very bedrock of my not un-sizable music collection, those records that have a staying power long after track twelve comes to a close.
It's not for nothing that weezer's Pinkerton gets re-issued in a deluxe version next week, and I'll be there, willing to shill out for another copy of a record I already own but with all the unnecessary trinkets. Giving money to a band that are now a shallow parody of their former glory. Why? Because it's one of my favourite records of all time, and all the copies of Raditude and Hurley in the world can't change that.
What's my point? I guess it's simply that you should go back and listen to those albums and bands you loved when you were fifteen because chances are it'll still sound good. Fucking good.
On that note, I want to hear your stories about the albums you fell in love with. I've got a little sort-of project in which I want to interview and collate people's stories about their CDs. If any of the above resonates with you then please shoot me a line here, or on Twitter and we'll sort something out.

Speaking on that topic, here's the review of the latest from one of my old-skool faves. 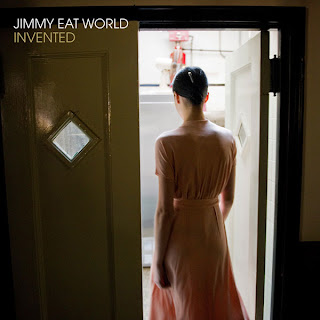 Arizona’s finest exporters of emo-pop return with album number seven, and after a brief dalliance with producer Butch Vig for 2007’s Chase This Light, they return to the reliable embrace of Mark Trombino. In doing so, it demarcates Invented as a potentially ‘safe’ record.  While lead single My Best Theory buzzes like the boisterous sound of past singles Bleed American and Big Casino, its chugging mid-tempo riff and forlorn lyric (“the answers come back unanswered”) are a bait-and-switch for what is the band’s most tender set to date.
Jimmy Eat World have always dressed up their simple hooks with the irresistible dressing of polished harmonies and glistening production, and Invented does little to break the band’s tried and true formula. The only attempt to change up their game is in bandleader Jim Adkins’ new writing style. Inspired by a photography series of female portraits, Invented finds Adkins creating fictional narratives written from the other gender’s perspective (thus the title). An interesting idea, but the result strays little from his usual love-stung lyrical territory, simply swapping the ‘his’ for ‘hers.’
Only long-time fans will really notice the subtle nuances to the group’s brand of grand-staged emotion. Strings are brought forward in the mix, while the likes of Movielike and the epic title track are built upon acoustic guitar. Aside from that it’s cathartic sing-a-long business as usual. That's not to say that business isn't good. Once the record hits its stride – which coincides precisely with the glistening opening of Stop – there’s a near-perfect run of tunes that sit proudly along the best in the Jimmy canon. In fact, it’s only when they attempt to crank the aggression factor back up, with Action Needs An Audience, that they falter.
As the closing Mixtape circles around the refrain of “you don’t get to walk away, walk away” in a familiar yet comforting swell of textured chords, the lasting impression is that even heart-on-their-sleeve emos, it seems, can age gracefully.
SoundCloud streams:
My Best Theory
Stop
Coffee & Cigarettes
Posted by Al at 9:39 PM

Email ThisBlogThis!Share to TwitterShare to FacebookShare to Pinterest
Labels: End Of Year, review