Review: TV On The Radio - Nine Types of Light

Another review from triple j magazine, this time the lead review on TVOTR's fourth LP

TV On The Radio - Nine Types of Light (Interscope) 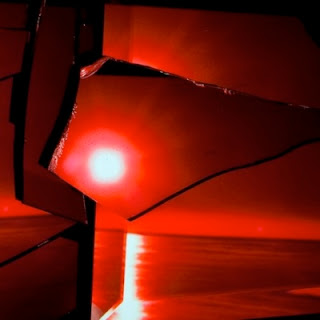 Has it really been three years since the all-conquering urgency of DearScience? Its contents championed by the blogosphere, beloved by purveyors of intelligent music and in turn built substantial anticipation for its follow-up. During that down-time, side-projects emerged to sate the faithful that – although serviceable – couldn’t hide what they were: fragmented parts of a greater whole. In particular, multi-intstrumentalist/production linchpin Dave Sitek’s Maximum Balloon, which sounded like TVOTR only with a turnstile of guest vocalists.
It’s with relief and open arms then, that after Tunde Adebimpe’s leisurely half-spoken opening on Second Song, that the Brooklynites instinctively click into a spirited pulse encouraged by Kyp Malone’s wiry guitars and some dishy horns.


Keep Your Heart and You follow, each a deft blend of touching romantic sentiment and partisan groove. Lines like “you’re the only one I ever loved” might suggest the band have gone soft, cozying up to the tenderness always inherent in their skilful drama but underplayed. But then along comes the electric command on No Future Shock to rush the apocalyptic dance floor “do the no future/shock, don’t stop.”
While these horn-abetted art-funk jams are immense fun, it’s the kind of thing the group could knock out in their sleep. More impressive is the album centrepiece Killer Crane. Using orchestral washes, the lightest of metronomic guitars (is that banjo?) to form a slow-building grace. Meanwhile, the record’s back-end contains searing highlights, among them the grimy New CannonballBlues, the bubbling attack of Repetition, and finishing with the insistent stomp of Caffeinated Consciousness.
If there is criticism to be levelled at Nine Types of Light, it’s that it doesn’t stray far from the musical blueprint of its predecessor; Dear Science Pt II if you will. It matters little, TV On The Radio once again sound like leaders, innovators. Their inspirations nigh-invisible, yet their own influence: impossible to ignore.
TV On The Radio - "Will Do" by Interscope Records
TV On The Radio - Caffeinated Consciousness by ronnierocket
Posted by Al at 3:08 PM

Email ThisBlogThis!Share to TwitterShare to FacebookShare to Pinterest
Labels: review, triple j, TV On The Radio