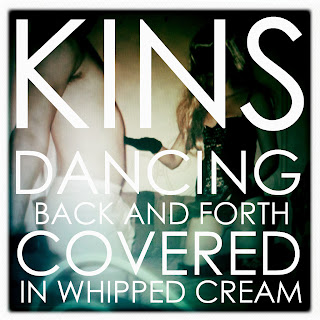 Kins - Dancing Back And Forth, Covered In Whipped Cream
I really can't stop listening to this record's spellbinding rhythms, credit where credit's due for Kins also, as they translate their stripped-back style of tension and release perfectly to the live setting. Firstly, they floored with their album launch at the Worker's Club (despite frontman Thomas Savage obviously beset by an awful flu), then again at their very last 'Goodbye, For Now' gig at The Order of Melbourne (last night in fact). Goodbye because they're heading off for the UK to follow their musical aspirations (which they discussed in length in this AMR interview). In their absence, we still have their mini-LP Dancing Back And Forth... and I highly recommend it. It's a near-perfectly formed 25 minute set that takes you on an audible journey from wiry pop (Mockasin's, Lake Troposphere), gentle haunting ('Til He Stirs, For This Modern Day) to murkier rhythmic workouts (Hume Bloom, the title track). Hopefully when they return, debut album in tow, it'll be to great success.
(more after the jump)

Incubus - If Not Now, When? 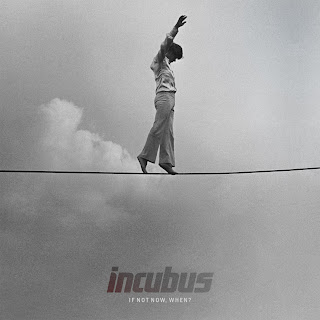 I'm going to come right out and say it, the new Incubus album sucks a bit. There's a sting of disappoint that after a half-decade wait for a new studio album, that they've been bitten by the U2 bug and decided to make their 'mellow/mature' album. The opening title track features strings and soft orchestral percussion, while the limp-wristed soft-rock of Promises, Promises and sappy ballad The Original almost spit in the face of the prog-styled funk the band have built up.
Michael Einziger obviously wanted to put his time studying composition at Harvard to the test, and as a result the group have stretched their musical palette to incorporate more strings, keys and even timpani. It's all for a softer touch though, and it feels like the band have lost a lot of their edge. A good marker is Chris Kilmore, who lost the DJ prefix an album or two back, but he's also dropped the decks completely now too. Far be it for me to criticise a band who's always put evolution before popularity, but this feels like a step into mainstream acceptance than in truly expanding their sound, as if they have to live up to some mantle of what an arena-success band should sound like.
Now the good news: If Not Now, When? paradoxically - and frustratingly - contains some great stand-alone Incubus cuts. Thieves is a fruitful fusion between their newer, lusher sound and a more straightfoward rock sensibility. In the Company of Wolves is another highlight, the proggiest - and by extension lengthiest - track here. It's front half a campfire sing-a-long before shifting into a rock breakdown with jazzy piano flourishes giving it the full 'by moonlight' treatment.
There's a grand exit in closer Tomorrow's Food too, all coalescing string parts, light guitar plucking dovetailing with Brandon Boyd's expressive vocals. A fitting lasting taste to what is otherwise only half a good album, and certainly the band's most inconsistent.
Incubus - Adolescents
Incubus - Promises, Promises 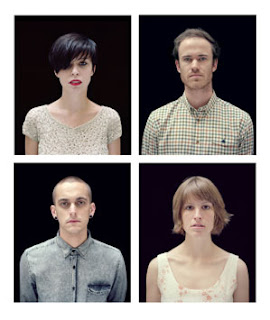 The Jezabels - Endless Summer
Having completed their EP trilogy (for which final part Dark Storm took out the 2010 GB&JB Award for Best EP) the consistently awesome four-piece have been hard at work on their debut album. Entitled Prisoner its due on September 16th, and we know have our first taste with Endless Summer.
It's a natural evolution to the style set by their EPs, atmospheric guitars, powerful drumming, textural keys and in Hayley Mary - a powerful, emotive spirit to voice it.
Given the title, it's slightly lighter in comparison to some of their previous material, but with an album entitled Prisoner, you can bet there's gonna be some harrowing material tackeld too. Can't. Wait.
The Jezabels - Endless Summer 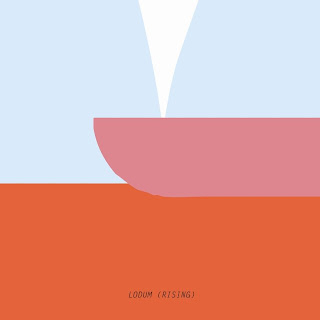 Ghoul - Lodum (Rising)
From one brilliant Sydney group working on their first record to another, Ghoul have also proffered a little of their work-in-progress. Though their full-length is still without date or title, Lodum (Rising) proves everything is obviously well on track. Like its mini-LP forebear Dunks it's got that similar Radiohead vibe - that's genuine electronic Hail-To-The-Thief vibe, not long-gone-guitar-era-'head vibe thats get bandied about too much. Don't be fooled though, Ghoul are already marking out their own style. Lodum features it in swathes, slow hypnotic drums, intricately nervous bass lines, gentle guitar strums and Ivan Vizintin's distnctive singing - part Antony Hegarty croon, part Wild Beasts yelp. File under: uncategorisable excellence.
Ghoul - Lodum (Rising)
Blood Orange - Coastal Grooves 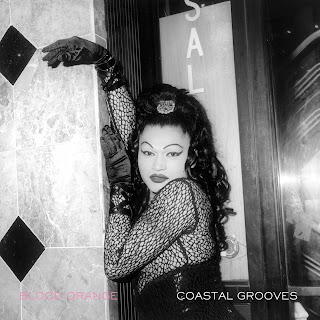 I wouldn't have thought that Devonté Hynes, the man better known as Lightspeed Champion, had much time for diversions outside of his tireless blogging and production moonlighting (for the likes of Theophilus London and Beyoncé's little sister Solange Knowles); but then here's Blood Orange. What began as a strange tumblr became a fully fledged side-project, alongside indie maverick Ariel Rechtshaid. A fellow renaissance man, Rechtshaid is perhaps best known as a member of Foreign Born and as producer for Glasser's Ring.
While Hynes was last seen delivering dusty Morricone-esque baroque pop, Blood Orange instead focusses on his love of hip-hop, neon-lit funk and eighties pouting. Cuts like Sutphin Boulevard and SCooled (sic) showcase loping back-end grooves with guitars stuck in faux-oriental mode (re: pentatonic scale). His heartsick lyrical preoccupation remains, but the backing now shares its DNA with the claustrophobic nightclubs of NYC that inspired it. Does this spell the end of Lightspeed? I certainly hope not, while this claustrophobic disco-sticky stuff is fun, it's not as affecting musically or emotionally.
Blood Orange - Sutphin Boulevard
Blood Orange - Can We Go Inside Now?
Blood Orange - The Complete Knock
Posted by Al at 3:03 AM