The Biggest, Scariest Interview Yet (Part 2/2)

Sorry for the dealy in broadcasting, the post-Comedy Festival show blues has been swift and brutal. Think of it in equal and apposite correlation to the show's success. And while there may be some new blood to the site (hopefully? in which case, hello and welcome); I really have been doing my best to get this second half up, so no more mucking about...
So, you’ve (hopefully) seen Big Scary as part of their Four Seasons headline tour, so you’ve seen their costume-changing sense-of-humour, you’ve seen their excellent taste in support acts and their obvious brilliance. But what next? With the Four Seasons behind them, it’s time to focus on that ever-pressing debut album. In Part Two of our in-depth interview, strummer Tom Iansek and drummer Jo Syme talk about their writing and recording process, their plans for the future, as well as reflecting on how far they've come. 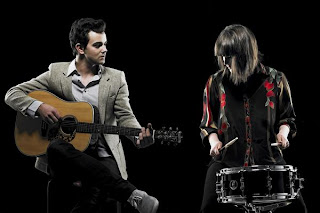 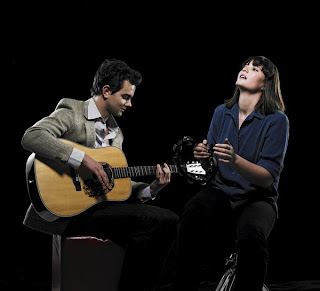