Keeping Abreast Of The Times

Well it's been a little quiet on the rant front as of late, not for lack of music (there's always music), but things have been a little busy lately, and well, i've been struggling to find new things to interest you - the dear reader. Consider this a stopgap then, and while i said last post that i wouldn't be making any hyperbolic predictions about 2009 - well, a man can grow can't he?

First up is the fresh exciting news that Manchester based Doves are out of hibernation, with the first taste of their fourth studio album. It's titled Kingdom of Rust and the lead track Jetstream was (very briefly) available from their website. It's definitely Doves, but it has a slightly more electronic bent to it, with a propulsive backbeat, perhaps that's due to it's influence. The band's describes: "Being fans of the Vangelis film score, 'Blade Runner', we always wanted to write an imaginary song for the closing credits on Ridley Scott's classic... It's called Jetstream..."
Needless to say, it's good to have them back, it being four years since their last studio album. 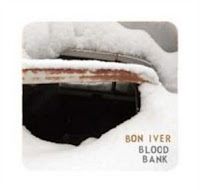 Meanwhile the artist behind my number 1 album of 2008, Bon Iver, released a new EP a little while back, called Blood Bank it's mere four tracks do not disappoint. Variably it's like out-takes from For Emma as well as some tracks that see Justin Vernon experimenting with his sound. I had the pleasure of seeing him at The Forum the other week, and let me tell you it won't be a gig i'll soon forget. I should have a review of the EP up on FasterLouder soon, but until then enjoy the title track over at the band's myspace.

Now while everyone goes nuts for Animal Collective's Merriweather Post Pavilion as the album for 2009 (not ringing any bells? follow the madness at Stereogum); i've found a couple of solo albums from members of some of my all-time favourite bands, that'll be sure to top my end of year list. 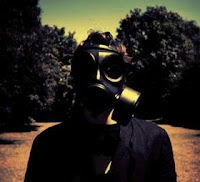 First up is: Steven Wilson - Insurgentes. The uber-talented front man of Porcupine Tree, No-Man & Blackfield - to mention only a few. Hell, to say he is prolific is an understatement, (you can check out the man's full talents and discography here), he's released many solo efforts before. Originally it was released as a limited edition at the tail end of 2008, but with an official record label release date of March 2009, this is not such an underground release anymore. As for the album itself, well it certainly demonstrates Wilson's abilities as composer and producer. With a few guest spots thrown in (including King Crimson bassist Tony Levin, the Dream Theater keys of Jordan Rudees) it runs a trajectory that covers all corners of his eclectic musical tastes and wide-spanning career. You can read up more about the album from the label's press release or give a listen here. That other solo release? well it's none other than the frontman from Melbourne's best band (© 2009) Something For Kate. That's right Mr. Paul Dempsey is releasing a solo album some time in 2009, while it's early days yet, there is some tasty info trickling through his official site, which you can peruse here. While SFK take a break proper, Dempsey is beavering away at his second solo release (the first being the little known Scared of Horses project). At this stage it appears he's performing all the instruments himself, the only visible help being legendary Aus Music producer Wayne Connolly behind the decks. Still as little information that is available at this stage, the various videos and in particular this image, are more than enough reason to get very excited.

I'll be back to regular updates now, i promise, whether that entails more playlists, quirky lists or something else entirely - it'll all fall under the banner of 'rant.' Well i'm off to TV On The Radio. Ciao Biao.