(EDIT: It seems the mere mention of Kings of Leon jinxed me and got this post deleted anyway... with no warning or reason... grrrrrr. So instead i've removed most of the links - if you're desperate, e-mail me and i'll point you in the right direction)

Hello all and sundry,
well it's 2009 - boy did that creep up - which means a whole new year for music but a very slow month for new releases in the time being. So instead i've been stockpiling up on some old goodies thanks to some Xmas Vouchers and an ok bank balance. The dry season also means a proliferation of articles that try and peg the best new music of 2009. I'm not going to attempt anything as ambitious, so check them out at Stereogum, The Line of Best Fit, and good ol' cynical Pitchfork.

Hope you all had a great holiday season and a happy new year, and more relevant to this site, that you enjoyed the Top 15 Albums of 2008. I knew there'd be a few disappointments, to which i say 'well you can't please all the people all the time'; but hopefully this will go some ways to doing so. It's time to milk 2008 just that little bit more with, drum roll please...

Not the catchiest title ever i'll admit, but it ably reflects what i'm trying do with this list. Besides other candidates included Most Listened To Songs of 2008, The tracks that didn't make the Top 15 and so on. Firstly you won't find anything from my Top 15 Albums as they've had their time in the spotlight, secondly there won't be any links to Kings of Leon as i'm sure it'll mean the instant removal of this post and all traces of it, lastly consider this a kind of Best of 2008 playlist, even if it does omit some obvious candidates (see above). In no particular order:

The Temper Trap - Sweet Disposition (MySpace)
Possibly the track of the year, U2-style delay effects and beautifully catchy melody. It's all here
MGMT - Electric Feel (Justice Remix) (YouTube)
I would've chosen Kids but i'm sure the mere mention of it has it lodged perfectly in your mind. Enjoy this classy Gallic remix instead
The Galvatrons - When We Were Kids (Myspace)
I said I wouldn't make any prophecies, but really do keep an eye on this lot for 2009, Van Halen and Transformers meet in splendid dance rock harmony.
The Killers - Spaceman (YouTube)
Again, because Human is too obvious a choice. Go for this rocker instead, even if the lyrics are completely bonkers. 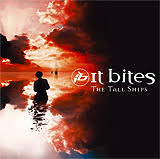 Keane - Spiralling (YouTube)
This slice of 80's influence synth-pop does the job in a tenth of the time of its rubbish parent album's nostalgia.
It Bites - Playground (YouTube)
Prog guitarist John Mitchell ressurects his original band after the success of Kino & Frost*, don't know what i'm talking about? well then all the more reason to check him out.
Demians - Sapphire
Some more prog-rock goodness, this time from three French dudes who sing in English. Steven Wilson of Porcupine Tree is a big fan, and that's enough justification for me.
Cog - No Other Way (Sharing Space Player)
Bubbling just under my Top 15 (16 or 17 perhaps) was the Sydney three-piece's long-awaited second album, and the opening track was a rewarding epic - all ten minutes of it.

Goldfrapp - A&E (Video)
The point at which Alison Goldfrapp's transformation from dance-hall chanteuse to folky balladeer is made complete. The warm haze of the morning-after captured in melodic heartache.
Friendly Fires - Paris (MySpace)
Cowbell, Boy/Girl Harmonies, it may be produced by Paul Epworth but those Bloc Party comparisons look pretty thin otherwise. Very nearly made the cut for my Top 15.
M83 - Kim & Jessie (YouTube)
The 80s continue to be the most influential soundscape for electronic hipsters and young rockers alike to channel, and so it is with Anthony Gonzalez' namesake. Great Electro-Drum fills aplenty.
Empire Of The Sun - Walking On A Dream (MySpace)
Masterminds Luke Steele (of Sleepy Jackson) and Nick Littlemore (PNAU) fashion unabashed pop-dance hybrid designed to drill its way into your head and settle their. Nagging you until you have to give its chilled out pop one more spin.

Glasvegas - Geraldine (YouTube)
The winner of my broadest accent award, vocalist James Allen, gives it his all in this ode a social worker. It demonstrates all of Glasvegas' qualities in one concise package
Ladyhawke - Back Of The Van (YouTube)
It's that word again - 80s - this time combined with a Fleetwood Mac style yearning vocal and a great laidback groove behind it all.
Okkervil River - Lost Coastlines (Official Site Player)
The Stand Ins was a little disappointing I have to admit, but this duet with fellow bandmate Jonathan Meiburg is a brave song about his leaving the band due to dissolution and to shift his focus to his own group Shearwater.
Counting Crows - Cowboys (YouTube)
Singer Adam Duritz may bandy about vocal filler like few others (how many Alrights/Yeahs/Oks/Huh can you cram into a song? not enough aparrantley) but when the lyrical intent and rocking soundtrack are this good you don't really notice.

Flight Of The Conchords - Business Time (YouTube)
Demonstrating the Kiwi duo's uncanny ability to make 'comedy songs' both musically sophisticated and a parody of the utmost precision. Infectiously, funky and funny.
No-Man - Truenorth (Video)
Steven Wilson and Tim Bowness return after an extended hiatus with another album of studied studio pop, this is an edit of the full 12 minute version but it still demonstrates their muted beauty.
Nada Surf - I Like What You Say (YouTube)
Lucky was quite the disappointment, seeing Nada Surf turn a little soppier for their own good, but this track was rescued after nearly being left to languish in B-side obscurity.
Conor Oberst - Cape Canaveral (MySpace)
Bright Eyes prodigy high-tails it to Mexico and makes a solo record, his lyrical abilities haven't dimmed nor his penchant for dusty folk that opines the American dream.

Jack White & Alicia Keys - Another Way To Die (YouTube)
This is a big deal considering that I don't like Alicia Keys or The White Stripes but the new Bond theme for Quantum of Solace managed to dodge the awful title, rock up a storm, and steel feel like a classic Bond tune. Kudos.
My Morning Jacket - Touch Me, I'm Going To Scream Pt. 2 (YouTube)
MMJ's loose-limbed live show informed their latest album, a manic blend of genres, styles and out-there imagery. The closing track is a pretty good amalgamation of these ideas.
The Last Shadow Puppets - Age Of The Understatement (YouTube)
This Arctic Monkeys side-project threatened to be a huge hit, as it stands, it's merely a serviceable ode to 60's waif music the likes of Scott Walker and Burt Bacharach. Still, this Spaghetti Western rocker demonstrates the albums' breadth of textures.
Jenny Lewis - Acid Tongue (Video with Benjamin Gibbard Goodness)
The Rilo Kiley frontwoman picked up where her debut solo effort left out, moving it further into 1970's influenced folk rock. This campfire sing-a-long is a narrative driven gem the likes of Neil Young and Joni Mitchell used to make a dime a dozen.

weezer - Pork And Beans (YouTube)
A bit of a novelty hit to be sure, but it's nerdy self-referencing and unashamed pop-hook catchiness make for a different kind of beast that usually clutters up the pop charts.
Noah & The Whale - 5 Years Time (YouTube)
It's been kicking around since 2006 but probably didn't reach the wider masses until its appearance on Peaceful, The World Lays Me Down. A great tune is always a great tune.
Muse & The Streets - Who Knows Who (YouTube)
The best bootleg of the year, an offcut jam from Muse combined with some rhymes spat by Mike Skinner of The Streets. It's not quite Rage Against The Machine, but it was an unlikely surprise none the less.
The Hoosiers - Worst Case Scenario (YouTube)
Perhaps my most played single of the year, I paraded this on a host of mixtapes and shows every chance I could. From a surprisingly efficient debut in a year chock full of great debuts.

As Tall As Lions - Love Love Love (Love Love) (YouTube)
A strange brooding lot, it's hard to tell whether this aching ballad is serious or secretly has its tongue placed firmly in cheek - but either way it was a little heard, but much loved song.
Camille - Money Note (YouTube)
With sly digs at the divas of the world (Mariah, Whitney, Celine) French oddball Camille had her cake and ate it too, oh and she definitely hit the money note.
Metallica - The Unforgiven III (YouTube)
The return to form that was Death Magnetic ticked all the boxes. Whether it was the convoluted structures of their 1980's albums, the requisite instrumental or this, the next installment of the Unforgiven song cycle. Unneccesary? perhaps. Incendiary? definitely.
Hercules & Love Affair - Blind (YouTube)
Hypnotic disco with a suitably ethereal vocal from Antony "& The Johnsons" Hegarty, reviving a little missed niche genre of New York's underground would be foolhardy if they didn't do it so damn well.

Mystery Jets - Two Doors Down (YouTube)
Just in case you forgot, the 80's were big in 2008, here's Mystery Jets to remind you why, and the video just beats you over the head with it.
Cold War Kids - Golden Gate Jumpers (YouTube)
A patchy second album didn't do the Long Beach idiosyncrats any favours but they still had their shining moments, such as this black comedy about suicide and bored 9-5ers
Nine Inch Nails - 1,000,000 (YouTube)
Trent Reznor was a busy fellow in 2008 with a whole bunch of new music for new albums Ghosts I-IV and The Slip. The quality control didn't slip either (pun intended)
Kanye West - Love Lockdown (YouTube)
Ok so I gave Kanye a massive grilling (read the review here) but even with its umpteen versions before the album came out, Love Lockdown was still a great tune, in fact the only one where West's paranoia and seething heartache combine successfully with a stripped back groove.

Enjoy the tunes and the year that was, please send me your thoughts and comment below.