Of The Planets' Alignment

It's time for some productivity, so as promised I'm gonna give y'all some more themed playlist goodness.

The Solar System In Song - A Planets Playlist 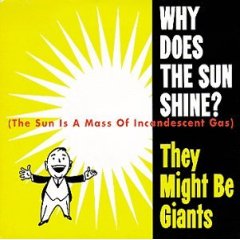 They Might Be Giants - Why Does The Sun Shine? (The Sun Is A Mass Of Incandescent Gas)
Let's start with the big fella to which this system is named after, and what better way to honour him than with the best educational song to ever grace these ears. It's no real surprise that 'the two Johns' (Flansburgh and Linnell of TMBG) would go on to make albums for kids considering they covered this cute tune. They make tongue-twisting science fun, and that's a rare talent indeed.

Red Hot Chili Peppers - On Mercury
Originally titled 'Lemon Trees On Mercury' which is quite a psychedelic title considering the lyrics are Antony Kiedes' usual brand of brilliant nonsense. Really like the horns punctuating the mix also, kinda like ska - but less brash and more funky. Chili Peppers, Funky? Well i never.

Air - Venus
French electronic duo make reference to the old chestnut "men are form mars, women are from venus." In a sound that's one part sci-fi, one part warm instrumentation and all parts effortless cool. Which is strange considering how close to the sun Venus is.

Eskimo Joe - Planet Earth
Quite an easy pick really and not to be confused with the Duran Duran and Prince versions. Despite the lovely shuffling pop, i've always struggled to make sense of Eskimo Joe's lyrics. "Out in the stars, up in the sky/There's a thing that they all talk about/It's called the opposite, and how it works" is a case in point. David Bowie - Life On Mars?
Bowie's re-write of Sinatra's My Way is a no-brainer. Mike Garson's piano leads the charge on a musical extravaganza that demonstrates a thrilling artist at the peak of his powers, the thought of life on the red giant might be a mere rumination in a sea of drama, but when the music's this good - you need no other justification to include it. 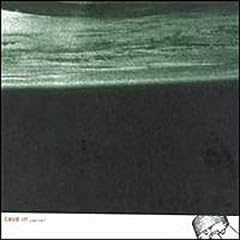 Cave-In - Jupiter
Train's Drops of Jupiter certainly springs to mind, but while this act is perhaps the least known on this list - i can think of no better song that captures the immense size of this giant than this slice of drone-rock complete with widescreen guitars and barrelling drums.


R.E.M. - Saturn Return
From their underrated album of 2001, Reveal, this hints at the loneliness and solitude of the planets, floating up there in the vast expanse of space. A melancholy and mysterious song.

Jimi Hendrix - Uranus Rock
There are many artists who went the cheap and easy option of the "Your Anus" joke, to which i reply "No Thanks." Instead we have the guitar virtuoso's rare bootleg jam. Cue usual guitar wizadry, albeit poorly recorded.

Nicole Atkins - Neptune City
Ms. Atkins is an excellent up and coming singer-songwriter, and if her album of the same name is anything to go by - she's a talent to watch. With lush orchestration that Rufus Wainwright would be proud of and a voice that's the right side of yearning, another song to do the planets proud, even if it is devoid of watery references.

Clare & The Reasons - Pluto
I know officially speaking that Pluto isn't a planet anymore, but that's exactly what this song is about - "Pluto i have some frightful news dear/In The New York Times/ They've just reported you've been overthrown/from your solar throne for good." Don't know about you but i always pictured Mickey Mouse's cartoon dog anyway.

Be sure to check out nobody move! for all your music news and nicities. Till next time...