Where For Art Thou?

Historically the first 'hidden track' on a record is commonly attributed to The Beatles' sound collage at the end of Sgt. Pepper's. It was unlisted on the album titles and the effect was that it would loop forever as the needle hit the groove in the record, an effect unfortunately lost in its CD replica. Still it marks an important point in recorded music culture - the secret track.

Some artists turn their nose up at the idea, why hide something from your audience? While others have transformed it into a curious art. Still other 'secret tracks' have become famous in their own right - it's a little known fact that The Clash's Train in Vain (Stand By Me) was only a 'hidden track' due to time constraints in the printing of the tracklist.

Whatever the reason for their hidden or secret status (musical diversions, excessive swearing, humourous turns), now is the time to turn the spotlight on these musical oddities.

(a quick note, a lot of these were hard to find links to - so you'll find a lot of bad YouTube visuals, i suggest you play the song and point your browser elsewhere. Otherwise, enjoy)


Nirvana - Nameless, Endless
Tucked away at the end of Nevermind was this squall of distortion and nonsense lyrics whose title fits wonderfully. In fact it was actually removed from some U.S. pressings of the CD, contesting it would harm the marketability of the album - whatever, nevermind. The Eels - Mr E's Beautiful Blues
This was actually the lead single for the band's third studio album Daisies of The Galaxy and of course confused many fans when it wasn't printed on the tracklist, a situation rectified by later pressings. The song also has more than a passing resemblance to The Rolling Stones' Get Off Of My Cloud.

Everclear - Hating You For Christmas
Found at the end of So Much For The Afterglow, a poppy - if embittered - blast an ex over the holiday season. Cue tinkling with Jingle Bells and Art Alexakis' wry vocal "thanks for the christmas card"

The Beatles - Her Majesty
The pioneers of the hidden track offer a very short acoustic ditty tacked on to The End which in many cases is actually listed on the tracklist, but no matter it's John Lennon captured at a lovingly humorous moment.

Manic Street Preachers - Working Class Hero
Rounding out the Mancs' latest comeback album Send Away The Tigers was this earnest cover of the Lennon classic. All the requisite vitriol are in place and it perfectly suits the Welsh group's firebrand of class heroics and guitar rebellion.

Placebo
These British gloom-mongers got a lot of mileage out of the whole secret track shtick, maintaining the trend across their first three albums (represented here). It was a slight disappointment to some (this writer included), when they did not continue the tradition with their later studio work. Travis
Scottish act Travis first hidden track was on their blockbuster The Man Who... album and the rockier Blue Flashing Light became a live favourite while Some Sad Song rounds out the twelfth memory of the album 12 Memories considering there are only 11 songs listed. Coldplay
The last of our prolific hidden trackers, considering the band's world dominating popularity, these songs probably aren't that secret. The first a short coda to Everything's Not Lost from 2000's Parachutes. The latter cut 'Til Kingdom Come off of 2005's X&Y, was actually written for American legend Johnny Cash who unfortunately passed away before he was offered the piece. Interesting to note that for the band's latest album, there are hidden tracks all over the place, not just at the end of the album.

The Superjesus - Everybody Calls Me Lonely
Here represents the case for track for why tracks should not be hidden, its puzzling why such a great rock cut would be sequestered at the end of Jet Age, when it clearly should be pushed higher up the track listing before people lost interest. Particularly when said track is not a departure lyrically or musically from the rest of the record. 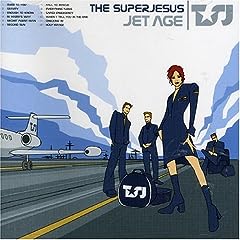 Tool - Maynard's Dick
Ah, the joke song, an ode to frontman Maynard James Keenan's appendage and a very silly song that appears at the end of box set Salival.

Bloc Party - Every Time Is The Last Time
It's as lovely as it is short, an almost needless instrumental at the end of the Japanese print of Silent Alarm. Perhaps it was to fulfill the obligation that Japanese CDs require a bonus track that ensures their nation is lured away from buying Western pressings, in which case it's only a little extra incentive. 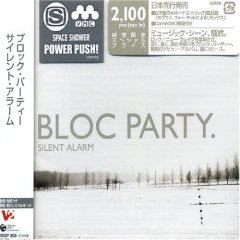 and now some tracks i just couldn't find clips of, consider these the 'secret tracks' of this post...

Damien Rice - Prague/Silent Night
Taking a leaf from Lauryn Hill, Rice's debut O had two secret tracks, one of them a cover.

Cold War Kids - Sermon Vs. The Gospel
A dusty demo at the end of debut album Robbers & Cowards.